The existence of 5-methylcytosine (5-mC) in nucleic acid has been known for more than 50 years, and the majority of research in the past has focused on 5-mC in DNA. However, 5-mC is also present in RNA and interest in this RNA modification has been increasing in recent years. To date, several roles of the 5-mC modification in RNA have been explored. In tRNA, 5-mC sites are typically located around the variable region and anticodon loop and research has shown that tRNA methylation stabilizes tRNA secondary structure, affects aminoacylation and codon recognition, and confers metabolic stability. Additionally, ribosomal RNA methylation was shown to be involved in translational fidelity and tRNA recognition. However, research on the roles of 5-mC target sites in mRNA and other types of RNA molecules is limited. In a paper by the Preiss laboratory in Australia, the presence of 5-mC in RNA was investigated in detail, and the authors revealed that RNA methylation in mRNA and other RNA molecules is common and widespread!

Previous studies have reported on the importance of 5-mC in RNA to reprogramming cells to a pluripotent state. The NOP2/Sun domain protein 2 (NSUN2) and tRNA aspartic acid MTase 1 (TRDMT1, aka DNMT2) methyltransferases are two enzymes that methylate specific tRNAs, which contributes to the control of cell growth and differentiation. Despite all of the known roles of these enzymes, little is known of their other RNA targets. The Preiss laboratory is one of the leading groups investigating RNA methylation, and in their paper, they coupled RNA bisulfite sequencing with Next-Generation sequencing for transcriptome-wide detection of modified cytosine residues at single-nucleotide resolution using HeLa cell RNA.

In this paper, Squires et al. provided the first global map of the patterns of 5-mC modification in the human transcriptome.  These transcriptome-wide RNA methylation targets could be responsible for cellular growth, differentiation, and transformation. The RNA methylation patterns in stem cells, cancer, as well as other types of human disorders are now waiting to be elucidated. It is becoming increasingly clear that epigenetic modification of RNA is common and it is likely important for many critical functions of RNA.  What do you think is the main role for 5-methylcytosine in RNA?

For more information about the EZ RNA Methylation Kit from Zymo Research, the only kit specifically designed and optimized for bisulfite conversion of RNA, click here.

Connecting Epigenetics and Memory to PTSD

Fall is in the Air: DNA Methylation Regulates Seasonal Hormonal Changes in Hamsters. 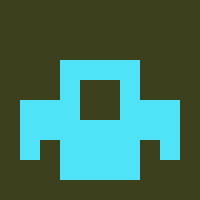 Michiko S. received her B.S. in Molecular, Cell, and Developmental Biology at the University of California, Los Angeles. Outside the lab, she enjoys traveling, swimming, and hanging out with her friends. Also, the two things that makes her happy are pork belly nachos and pork belly tacos!