Alternative splicing is a eukaryotic post-transcriptional biological process that promotes transcriptome and proteome diversity, and influences growth, development and response to stress. For example, in humans, ~95% of genes are alternatively spliced,  and aberrant alternative splicing events are linked to multiple hereditary diseases such as cause aberrant splicing underpin cystic fibrosis, muscular dystrophy, and Progeria Syndrome1. In a manner similar to animals, alternative splicing has important biological consequences for plant growth and development, flowering, circadian clock function, and stress responses2.

We have analyzed genome-wide changes in alternative splicing occurring during a plant-virus interaction3,4,5. For this, we utilized the model grass, Brachypodium distachyon, and infected it with Panicum mosaic virus (PMV) and its satellite virus (SPMV)—causal agents of St. Augustine grass decline6. High-quality total RNA was isolated from healthy and virus infected plants, and was subjected to Illumina high throughput paired-end RNA-sequencing.The resulting bioinformatics analysis revealed that about 42% of mRNAs with more than one exon were alternatively spliced in Brachypodium. Analysis of the different types of alternative splicing events showed that ~36% involved intron retention, ~41% involved alternate donor or acceptor sites, and ~ 9% involved exon skipping, while ~14% were found to be complex, consisting of duplicated or combinations of the aforementioned types. The low frequency of exon skipping events, a characteristic of plant alternative splicing, is in striking contrast to those occurring in animal systems, where exon skipping is predominant. 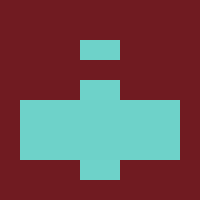