It has long been assumed that the father’s lifestyle choices prior to conception bared little consequence for the health of his children since DNA is largely unchanged over the lifespan. However, many controlled studies in genetically identical rodents have shown that environmental exposures, such as altered diet or chronic stress, can drive complex behavior in the next generation via epigenetic mechanisms (e.g., DNA methylation, histone modifications, noncoding RNAs) that are transmitted in sperm.

Our lab aims to understand how paternal alcohol drinking prior to conception may shape alcohol drinking in offspring. Previously, we reported the surprising result in mice that alcohol-treated fathers sired male offspring with reduced alcohol drinking and increased sensitivity to the anxiety-reducing effects of alcohol. As stress motivates drinking behavior in humans and mice, our most recent publication tested the hypothesis that if male offspring of alcohol-treated fathers drink less, they will also be less responsive to stress. To test this, we exposed male mice to alcohol for five weeks just prior to breeding and then examined male and female offspring for blood levels of the stress hormone corticosterone in response to a brief restraint stress. We found that the male offspring of alcohol-exposed fathers had blunted corticosterone levels in response to restraint stress. Moreover, in response to chronic stress, whereas control mice showed a characteristic excessive fluid drinking behavior, the mice from alcohol exposed fathers were resistant to this stress-induced behavior. Therefore, paternal alcohol consumption leads to both reduced alcohol consumption and stress responsivity in mice.

It is unclear how our findings correspond to the human condition where a family history of alcoholism is associated with increased risk for alcoholism, rather than reduced risk as might be suggested by our results. However, these results add to a growing literature suggesting that inheritance is more complex than genetic variation alone and can be shaped by paternal experience prior to conception. Currently, we are examining whether the effects of paternal alcohol exposure extend across multiple generations (i.e. to grandchildren) in addition to investigating what epigenetic mechanisms in sperm may cause reduced alcohol drinking and stress responsivity in offspring.

Genomic imprinting – new insight into the methylation patterns of humans 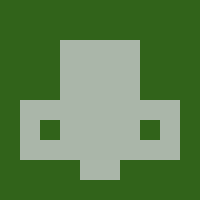