Damage to cellular macromolecules caused by reactive oxygen species (ROS) produced during oxidative stress contributes to the pathogenesis of many disease states. One target of ROS is the 1,4-diene structure of polyunsaturated fatty acids (PUFAs), which is highly susceptible to peroxidation. An important outcome of lipid peroxidation is the generation of reactive electrophiles, including 4-hydroxy-2-nonenal (HNE) and 4-oxo-2-nonenal (ONE). HNE and ONE react similarly with nucleophiles in both DNA and proteins to generate mostly reversible adducts. However, unlike HNE, ONE can undergo 1,2 addition with lysine to form irreversible ketoamide adducts. This led Galligan et al.1 to hypothesize that lysine-rich proteins may be particularly susceptible to ONE-mediated damage.

Histones are lysine-rich proteins that are a primary building block of nucleosomes where they play a major role in chromatin structure and function. Furthermore, acetylation and methylation of histone lysine residues plays an important role in the regulation of chromatin structure and subsequent gene expression. Thus, ONE-mediated adduction of histone lysine residues has the potential to cause substantial disruption of chromosome replication and gene transcription. To evaluate the effects of electrophile exposure on histone structure, the investigators used ONE bearing a terminal alkyne functional group (aONE and aHNE). The alkyne functionality has minimal effect on the structure or reactivity of the electrophiles while providing a tag that can be used, in conjunction with click chemistry, to capture macromolecules adducted by reaction with the electrophiles. The researchers treated human RKO colon carcinoma cells with aHNE or aONE and then isolated chromatin from the cells. Using click chemistry to attach a biotin moiety to any alkyne-tagged proteins, streptavidin visualization can then be utilized to assess the susceptibility of histones to adduction by both aHNE and aONE. The results showed that aONE but not aHNE caused a concentration- and time-dependent adduction of all four-core histones.

To identify the sites of aONE adduction, the researchers developed LC-MS/MS methods that provided 100% sequence coverage of all four histone proteins. Using this approach, they discovered seven modified sites in the histones isolated from aONE-treated RKO cells, including four ketoamide adducts to lysine and three Michael adducts to histidine. Of particular interest was the finding that H3K23 and H3K27 both possessed a ketoamide adduct. These two lysine residues are important sites of for both methylation and acetylation, regulating the expression of numerous genes. Abnormal acetylation and/or methylation of both of these residues has been implicated in the pathogenesis of numerous disease states.

To determine if ONE-dependent histone modification could occur under more physiologically relevant conditions, the investigators enriched  cells of the RAW264.7 macrophage-like cell line with the PUFA, arachidonic acid. They then treated the cells with Kdo2-lipid A, a chemically defined form of bacterial lipopolysaccharide, to trigger an inflammatory response. Chromatin isolated from these cells contained ONE-adducts at the H3K27 site that were not present in cells not treated with Kdo2-lipid A. These results confirm that ONE-dependent histone adduction can occur under conditions of physiological or pathophysiological oxidative stress. Further work will be required to fully assess the impact of electrophile-mediated adduction on histone structure and function and its relevance to health and disease.

The Role of Epigenetics in Cognitive Ageing 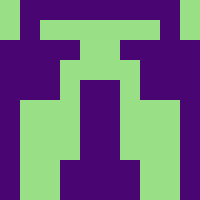