The development of human cancer is mediated by both genetic and epigenetic alterations of the cell. Since the discovery of altered DNA methylation in human cancer, DNA methylation studies of cancer have used methodologies of varying scale, focusing on a few coding genes or regions assumed to be functionally important, such as promoters and CpG islands (CGIs). Although it is well understood that most of the mammalian genome is transcribed, producing non-coding RNAs (ncRNAs), the genome-wide methylation patterns of ncRNAs in cancer remain largely unknown.

The ncRNAs, include the well-annotated microRNAs (miRNAs) and long ncRNAs (lncRNAs). Although the molecular basis of the functions of many lncRNAs is just emerging, much evidence indicates that lncRNAs play intricate roles in the regulation of a wide variety of biological processes. In addition, miRNAs are a recently discovered and well-characterized class of ncRNAs. MiRNAs are important regulators of gene expression and are frequently dysregulated in cancer. Aberrant DNA methylation is an epigenetic mechanism that is involved in the process of miRNA and lncRNA dysregulation.

Next-generation sequencing technologies have emerged as powerful tools that enable whole-genome profiling of epigenetic modifications, including DNA methylation. Here, we explored the epigenetic patterns of ncRNAs in breast cancers using published sequencing-based methylome data. We observed widely aberrant methylation in the promoters of ncRNAs, and this abnormal methylation was more frequent than that in protein-coding genes. Specifically, intergenic ncRNAs were observed to comprise a majority (51.45% of the lncRNAs and 51.57% of the miRNAs) of the aberrantly methylated ncRNA promoters. Moreover, we summarized five patterns of aberrant ncRNA promoter methylation in the context of genomic CpG islands (CGIs), in which aberrant methylation occurred not only on CGIs, but also in regions flanking CGI and in CGI-lacking promoters.

Integration with transcriptional datasets enabled us to determine that the ncRNA promoter methylation events were associated with transcriptional changes. Furthermore, a panel of ncRNAs were identified as biomarkers that discriminated between disease phenotypes (areas under the receiver operation characteristic curve>0.90). Finally, the potential functions of aberrantly methylated ncRNAs were predicted based on similar methylation patterns, adjacet and/or target genes, suggestiong that ncRNAs and coding genes cooperatively mediate pathway dysregulation during the development and progression of breast cancer.

In summary, our data demonstrates the suitability of MBDCap-seq to investigate cancer methylomes and identifies novel epigenetically dysregulated ncRNAs (lncRNAs and miRNAs). This study presents the aberrant methylation patterns of ncRNAs, providing a highly valuable resource for the investigation of the epigenetic regulation of breast cancer. 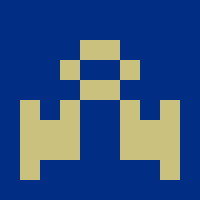