If you are trying to understand an enemy so you can battle them more effectively, it is usually best to know as much as you can about them, including where they are attacking from.  A timely example, considering the upcoming Independence Day holiday on the 4th of July, is the famous case of Paul Revere’s Midnight Ride during which he attempted to alert the revolutionary colonists that the British were coming by sea, rather than by land.  A similar approach is often used by cancer researchers – they try to determine the cell or cell-type of origin for the cancer they are studying, to then make a plan how to fight that specific cancer.  It was previously thought that in humans, plasma cell tumors, including multiple myeloma, developed from differentiated B cells or plasma cells.  However, researchers have found that molecular characteristics of these tumor cells don’t necessarily correspond to their appearance under the microscope, so more detailed genetic and epigenetic analyses are necessary for accurate characterizations of the cell types responsible for these cancers.  Even when epigenetic factors aren’t the initial focus of a study, sometimes they are the missing piece in the puzzle that helps explain other results.  That is exactly what Vicente-Dueñas et al. found when studying the development of multiple myeloma in mice.

While the nature of its cell-of-origin is controversial, multiple myeloma (MM) is a disease characterized by the abnormal expansion of the terminally differentiated cells of the B-cell lineage, the plasma cells.  MafB is a member of the Maf family of proteins, which are leucine zipper transcription factors, and have been directly implicated in carcinogenesis.  Specifically, MafB is an inducer of monocytic differentiation that is expressed in myeloid cells and precursors throughout hematopoietic differentiation.  In a recent paper published in EMBO, the authors wanted to determine if forced MafB expression was sufficient to reprogram Hematopoietic Stem/Progenitor Cells (HS/PCs) into tumor plasma cells.  To this end, they engineered transgenic mice that ectopically express MafB to determine the effect this transcription factor on cancer formation.  In these transgenic mice, they observed normal development of all of the hematopoietic compartments, but slow development and accumulation of plasma cells.  The transgenic mice also exhibited shortened lifespans, formation of osteolytic bone lesions, and reduced hematocrits, which are often observed in animals with multiple myeloma (MM).

Furthermore, expression analysis of the plasma tumor cells in the ectopic MafB transgenic mice revealed that the genetic profile was remarkably similar to human malignant plasma cells.  Surprisingly however, none of the MafB target genes were expressed in the tumor plasma cell population.  The authors suggest a “hands off” role for the MafB oncogene where its continuous expression is not necessary for the cancer phenotype.  Further experiments demonstrated the existence of a MafB-induced stem cell “signature”, suggesting that MafB can promote cancer, though not through normal canonical mechanisms due to the fact that none of the MafB target genes were involved in reprogramming.

This observation led the research group to explore epigenetic factors.  Using an enhanced Reduced-Representation Bisulfite Sequencing (RRBS)-based service developed and performed by Zymo Research (Methyl-MiniSeq™), they were able to perform a genome-scale DNA methylation analysis.  From a detailed regional comparison between cell populations from MafB mice and control mice, they found that there were 84 conserved methylation changes found in CpG Islands and 52 conserved methylation changes found in gene promoters throughout all comparisons.  These results led to the conclusion that MafB induces a specific epigenetic state in stem cells that continues in the mature B-cell population of the transgenic mice.  The results further corroborated that the tumor cells are derived from the MafB-expressing stem cells.  Taken together, the results demonstrate that ectopic MafB expression in stem cells is sufficient to generate tumor plasma cells.  They also suggest a novel molecular mechanism by which HS/PCs are epigenetically reprogrammed into terminally differentiated tumor cells by the oncogene MafB.

Now that the mechanism and cell-type of origin is known, new therapies can potentially be devised for human neoplasias, including MM.  These can include DNA methyltransferase (DMNT) inhibitors, which have already been shown to help in treatment of other cancers, including relapsed pediatric acute lymphoblastic leukemia.  This study also demonstrates the importance of investigating epigenetic factors when researching health and human disease.

An Apple a Day Keeps the DNA Methylation Away! Vitamin C and DNA Demethylation in Mouse ES Cells 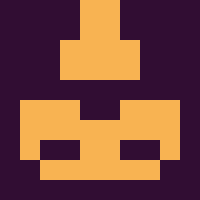