A team of Austrian researchers discovered that the novel gene NSUN5, one of the few highly conserved genes modulating longevity, is able to influence the aging process of different organisms1. Schosserer et al. revealed that protein synthesis in cells can be “reprogrammed” by reducing NSUN5 levels, which in turn extends the lifespans of flies, worms and baker’s yeast. This study was carried out in cooperation with international partners and was recently published in Nature Communications.

Ribosomes are molecular machines carrying out cellular protein synthesis. In the last few years it became clear that this is not a pure mechanical process, but that it is actively regulated by differentially composed ribosomes. By building these “specialized” ribosomes, cells are better able to react to different environmental conditions, such as heat, starvation and other types of stress2-4.

NSUN5 adds a single methyl group to ribosomal RNA, one of the most important building blocks of ribosomes1,5,6. If NSUN5, and thereby the methyl group is missing, these “specialized” ribosomes synthesize proteins – thereby rendering flies, worms and yeast more resistant to stress and thereby allow them to live longer. Thereby the authors could show for the first time that modification of ribosomal RNA can directly modulate animal lifespan and stress resistance. The perspective of altering the function of a huge molecular machine, like the ribosome, just by a small modification of a single highly conserved building block (in this case an RNA nucleotide) and thereby adapting cells to better counteract stress seems of high interest, especially as several mechanisms controlling the life span of organisms seem to converge on the ribosome.

So far only methylations of DNA were considered to be important for the regulation of gene expression. However, this study and others emphasize that methylation of rRNAs, tRNAs and other ncRNAs can impact protein translation and might therefore be involved in post-transcriptional regulatory processes7,8. The analysis of RNA methylations at different nucleotides is not as well established yet as the detection of DNA methylations, but new techniques and protocols, such as bisulfite sequencing of RNA for the analysis of m5C methylation, are constantly emerging9.

Although the gap between simple model organisms and potential applications in humans is still large, the researchers believe that their findings might contribute to a better understanding of ageing and related diseases and thereby promote a healthier life at old age. Aging is one of the major challenges of our modern society. Therefore the discovery of novel mechanisms to improve life- and healthspan, like the modification of ribosomal RNA presented in this paper, might lead to the development of prognostic markers that help to design intervention steps against the early onset of age-associated diseases. 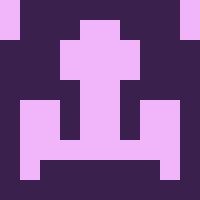