Aging is characterized by a gradual and overall deterioration of our body’s function. The risk to suffer from maladies such as cancer, dementia, loss of muscles and others is greatly increased with the progression of aging. A substantial scientific effort and funding is channeled towards the understanding of molecular mechanisms that are associated with aging in the hopes of discovering novel therapeutics for the elderly population. Surprisingly however, less attention has been aimed towards understanding the mechanisms that drive the very onset of aging to generate preventive therapies.

Many studies claim that aging is accompanied by a reduction of metabolic activity.1 Somewhat counter intuitively however, reduction of metabolic activity (caloric restriction or genetic manipulation) has been shown to increase life span in various organisms.1,2 Many reviews attempt to address this discrepancy. However, we hypothesize that metabolism does not simply decrease gradually during aging, but instead increases during midlife before declining again with age.3 In our studies, we use a novel protocol which allows us to measure metabolic activity from entire tissue, which more closely resembles physiological conditions compared to the standard isolated mitochondria protocols.

Acetylation of histones, a prominent epigenetic mechanism orchestrating gene expression, is highly depended on metabolic activity. The mitochondrial metabolite citrate is known to be shuttled to the cytoplasm and nucleus where the metabolic enzyme ATP citrate lyase generates acetyl-CoA from the citrate and ATP.4 This acetyl-CoA is used by Lysine acetyltransferases (KAT) to acetylate histones and regulate transcription.  Interestingly, studies have shown that the onset of aging is characterized by deregulation of transcription5 as well as histone acetylation levels.6 It should be noted however, that a large amount of what we know about epigenetics in aging should be taken with caution because recent studies have shown that widely used site-specific histone acetylation antibodies are biased toward poly-acetylated states, including neighboring methylated residues.7

We have recently found that drosophila show increased acetyl-CoA levels and increased ATP citrate lyase activity in midlife. Furthermore, by employing a novel mass spectrometry tool, we detected increased levels of specific histone acetylation combinations in midlife flies.3 By genetically attenuating the link between metabolism and epigenetics, either by reducing ATP citrate lyase levels or reducing the KAT acetylating histone 4 lysine 12 (H4K12), we were able to increase life span in the flies. As a result, these flies also showed reduced acetyl-CoA and age-associated deregulation of the transcriptome during midlife.

Our recent work suggests a novel model of early aging that then progresses into what is commonly known as old age. Early aging is characterized by increased metabolic activity resulting in increased of several key metabolites in the mitochondria, including citrate. Perhaps unintentionally, the excess of citrate causes an increase of acetyl-CoA, which in turn causes abnormal levels of histone acetylation.8 The enhanced metabolism–epigenetic axis ultimately triggers deregulation of the transcritopme in midlife. Indeed, previous studies shown that delaying the onset of such transcriptome deregulation is beneficial for healthy and prolonged life span.9 Furthermore, this model fits well with known methods to extend life span such as caloric restriction.

Of note, the inhibition of lysine deacetylases inhibitors (KDACi) are currently being tested in various epigenetic therapies. Such drugs are tested for increasing life span, as well as treating dementia, cancer, and others. Given that such inhibitors may impact the acetylation of thousands of non-histone acetylation sites,10 we caution  to be mindful of the possible side effects of using such inhibitors.8,11 Indeed, our recent work shows that KDAC inhibitors rapidly increase metabolic activity.3 Hence, long-term exposure to such drugs may actually have a deteriorating impact on health. A better understanding of how the epigenome is altered in various stages of aging and how altered metabolic activity may interact with epigenetic mechanisms, may greatly advanced our efforts towards treating and preventing age- associated maladies.

DNA methylation and hydroxymethylation in the aging brain - Not less, but where 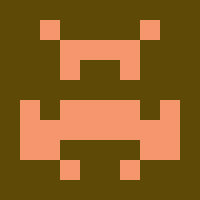