A Mechanism of Cancer Heterogeneity Originated from Epigenetics and Microevironments

Cancer is a deadly disease that we are still fighting despite nearly 50 years of worldwide scientific efforts. In order to have a better understanding of cancer, we need to explore the underlying mechanisms of the cancer cells themselves. It was once believed that the major cause of the cancer is through genomic mutations. However, more evidence is accumulating that cancer is not only determined by the gene mutations, but also by the regulation of genes in the underlying gene regulatory networks, reflecting the influences of epigenetics and the environment. In this sense, cancer is a disease of the state emerged from dysregulation of underlying gene regulatory networks.  Therefore, the best strategy for combating cancer through drug discovery, seems to be that in addition to looking at individual genes, we should also target the crucial regulatory networks involved.

One way to conceptualize the above mechanism of heterogeneity is through the use of timescales.   The dynamics of gene network regulation typically occurs on two  timescales: the timescale of gene regulation through regulatory transcriptional machinery binding to DNA  and the timescale of protein synthesis and degradation. When regulation of gene expression occurs faster than protein synthesis and degradation, the effective interaction among the genes and the resulting regulation of the network is strong. When this occurs, only few alternate phenotypic states, such as cancer and premalignant states emerge from the gene network.

Figure: The probability landscape of cancer: where normal, pre-malignant and cancer states emerge with higher probabilities. When the underlying regulation of gene networks are strong (left panel), only the normal, pre-malignant and cancer states emerge. When the regulations become weaker (middle to right panel), the heterogeneity of states emerges. This is reflected by the appearance of many states and basins around the original functioning states such as cancer.

However, the gene regulation timescale can become comparable to, or even slower than, the rate of protein synthesis and degradation, due to epigenetics such as DNA methylation or histone modification. In this scenario, gene regulation through transcriptional machinery binding operates at a slower pace due to the additional time scales of epigenetics and microenvironments.  The slower regulations lead to weaker effective regulatory interactions, or connections among the genes, compared to the faster regulations without the epigenetics and the microenvironmental influences. The result of this is the emergence of alternate phenotypic states characterized by protein expression fluctuations, wider kinetic distributions and multiplicity of kinetic paths from normal to cancer state, higher energy cost per gene switching, and loss of network stability.  Wang and his team believe that cancer heterogeneity comes from these weak regulations of the underlying gene regulatory networks due to modified epigenetics and the local cellular environment. Wang et al. and their collaborators are working to confirm this mechanism in the hopes that this will aid the cancer community in understanding the origin of cancer heterogeneity and design better strategies to control heterogeneity by targeting regulation of the gene networks as a whole.

A Consistent Signature of Histone Deacetylation in Huntington's Disease? 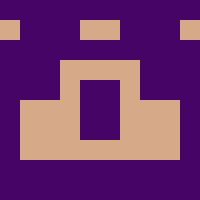