Once considered vestiges of our evolutionary history associated with junk DNA, non-coding RNAs have emerged as important regulators of epigenetic processes, transcriptional activation, and posttranscriptional gene silencing. Advances in RNA sequencing (RNA-seq) technology have resulted in the discovery of a large number of long non-coding RNAs (lncRNAs), with many expressed in a highly cell type-specific and developmental stage-specific manner. Moreover, a significant number of brain-enriched or brain-specific lncRNAs are found adjacent to genes encoding transcriptional regulators and key drivers of neural development, including those involved in the regulation of stem cell pluripotency, neuronal differentiation, and synaptogenesis.

Recent evidence indicates that the expression of lncRNAs can be altered in an activity-dependent manner, and have been implicated in a variety of human neurodevelopmental and neuropsychiatric disorders including Rett syndrome, autism, and schizophrenia. Despite these correlative links, little is known about the expression and function of brain-enriched lncRNAs, nor the mechanisms by which these transcripts influence protein-coding gene expression within the context of neuropsychiatric disease.

In order to begin to address this, the authors combined high-throughput RNA-seq with molecular and behavioral approaches to identify experience-dependent expression of lncRNAs in the adult brain. When mice were exposed to a fear conditioning paradigm where they were trained to be afraid of a once neutral stimulus (in this case a tone), there were many experience-induced changes in the expression of  genes related to neural plasticity and stress, as well as the dynamic regulation of many non-overlapping intergenic lncRNAs. In particular, they detected a significant downregulation of the schizophrenia-associated lncRNA, Gomafu”. Importantly, when Gomafu expression was decreased in vivo using antisense oligonucleotide-mediated gene knockdown, the mice exhibited exaggerated anxiety-like behavior.

Gomafu appears to play a role in mediating anxiety-like behavior by epigenetically regulating the expression of the schizophrenia-related protein-coding gene beta crystallin (Crybb1), which itself was shown to regulate anxiety.  The authors propose that this regulation occurs through an interaction with a key member of the polycomb repressive complex 1, BMI1.

Although RNA-directed regulation of epigenetic processes has emerged as an important feature of human development, this is the first time lncRNA activity has been detected in the brain in response to experience. LncRNAs, such as Gomafu, may represent a potent surveillance system that has evolved so that the brain can rapidly respond to changes in the environment, and a disruption of this network in the brain might contribute to the development of neuropsychiatric disorders. 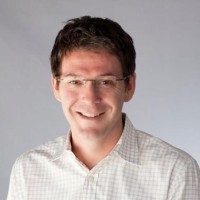