Gene expression is thought to be correlated with, if not regulated by, DNA methylation at the promoter. Dogma states that a methylated promoter inhibits transcription, while unmethylated promoters can be accessed by the transcriptional machinery and actively expressed1. Work in plants and lower animals has suggested that gene body, or intragenic methylation (IGM) may also be correlated with expression – but in the opposite manner – whereby higher levels of intragenic methylation correlate with higher gene expression levels2,3.

This current work from the Epigenetics Unit at Imperial College London investigated IGM in a single cell type at the level of a single gene, oestrogen receptor alpha (ESR1 or ER), a key diagnostic marker and treatment target in breast cancer4. In breast cancer cell lines, different IGM signatures were indeed found to be correlated with ESR1 protein expression, with higher IGM levels in ER-positive cell lines. Treatment with the demethylating agent, decitabine, restored ESR1 expression in ER-negative cell lines, presumably by demethylating the promoter. However, decitabine reduced ESR1 levels in ESR1-positive cell lines via an unknown promoter-independent mechanism.

The research team attempted to validate this potentially exciting finding in breast cancer tissue samples collected by the Breast Cancer Campaign Tissue Bank, but the same IGM signatures could not be replicated in either ER-positive or ER-negative tumor samples. Given that this finding is likely to result from cell heterogeneity, as a result of the very mixed nature of cells within biopsied tissue, an alternative source of breast epithelial cells was sought. Expressed breast milk contains large numbers of strongly ER-positive breast epithelial cells that have not previously been characterized in depth. DNA was extracted from 150 samples donated to the Milk Bank at Queen Charlotte and Chelsea Hospital and was found to have the same IGM signature as the ER-positive breast cancer cell lines described above.

To conclude, decreased levels of IGM in ER-positive cell lines, where promoter regions are unmethylated, correlated with a decrease in ESR1 expression. Tumor biopsies with heterogeneous cell populations could not replicate this epigenetic signature, but homogenous ER-positive epithelial cells extracted from breast milk could. Further investigation is required to determine whether IGM variability could serve as diagnostic or prognostic biomarkers in breast cancer. Finally, but perhaps most importantly, this study shows that great care needs to be taken in the interpretation of epigenetic information from heterogeneous tumor biopsies. 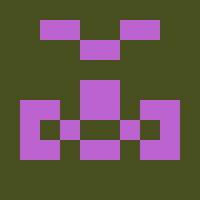