Of the 35 cytokines analyzed, only CXCL10, eotaxin-1, and IL-6 were significantly related to age when accounting for gender, location and other confounding variables. After further analysis, only CXCL10 was significantly associated with spatial working memory. Average CpG methylation in the proximal CXCL10 promoter was negatively correlated with age. The authors tested all of the CpG methylation sites in the proximal promoter and found that only CpG-168 methylation correlated with CXCL10 plasma protein levels.

The above research found that the cytokine CXCL10 is negatively related to spatial working memory performance in aged humans. Increased CXCL10 levels were also seen in the prefrontal cortex of intermediate AD patients, compared to aged controls. No decrease in CXCL10 promoter methylation in prefrontal cortex suggests that increased CXCL10 protein levels are independent of promoter methylation. 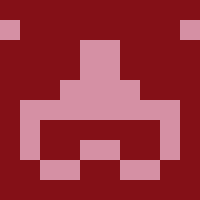