Breast cancer is one of the most common diseases in women and almost an eighth of the women population is suffering from breast cancer. Currently, there are several methods to diagnose and treat breast cancer, including genetic screening. In 2013, Angelina Jolie announced that she carried the BRCA1 mutation and decidedly chose to undergo an adenomammectomy. However, this is not an end-all cure as the largest concern after an adenomammectomy is metastasis to other tissues.

A recent study,  published in Clinical Epigenetics, describes a new and simple method to assess the risk of metastasis and identified 21 DNA hypermethylated hotspots, in cell-free, circulating DNA, that are associated with breast cancer metastasis. These 21 sites together serve as a biomarker, which give insight into the status of the tumor tissue, as well as to the health of other organs. The group hopes that the methylation signature of the 21 sites can be used to indicate micrometastatic disease in the pre-macrometastatic setting and ultimately may identify patients at a high-risk of breast cancer recurrence, providing justification for continued treatment.

By identifying high risk individuals early on, doctors can offer treatment options to fight reoccurrence and metastasis before it’s actually happened. Continued study is needed to further validate these results. However this research aims to provide a valuable tool in the fight against breast cancer. 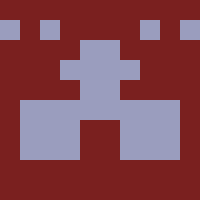