Apolipoprotein A5 gene (APOA5) is one of the genes implicated in contributing to a  predisposition for hypertriacylglycerolaemia (HTG),  a complex polygenic pathology that is highly influenced by environment. Hypertriacylglycerolaemia is characterized by having high circulating triacylglycerol levels and is a significant risk factor for cardiovascular disease and atherosclerosis. This genetic predisposition has an inherited component (based on polymorphisms) as well as an acquired component regulated by the environment (epigenetic modifications). We hypothesized that the integrated analysis of both components will improve our capacity to estimate APOA5 gene contribution to HTG.

We followed a recruit-by-genotype strategy to study a population of individuals with high cardiovascular disease risk. We selected 44 carriers of at least one APOA5 SNP (-1131T>C and/or, S19W and/or 724C>G, all of them being previously associated with HTG) and compared them against 34 individuals wild-type for these SNPs. DNA methylation patterns of three APOA5 regions [promoter, exon 2 and CpG island (CGI) in exon 3] were evaluated using sodium bisulfite conversion followed by  pyrosequencing. We also obtained information of plasma biochemical analysis and lipoprotein plasma profile distribution analysed by nuclear magnetic resonance using the LipoProfile-3 algorithm.

As expected, carriers of APOA5 SNPs had an average of 57.5% higher circulating triacylglycerol (TG) levels. APOA5 promoter and exon 3 were hypermethylated whereas exon 2 was hypomethylated. Exon 3 methylation positively correlated with TG plasma level and with a proatherogenic lipoprotein profile. We found the highest TG concentrations in carriers of at least one SNP and with a methylation percentage in exon 3 ≥82%. We also generated four models in order to explain plasma TG variability: the first (composed by traditional factors as gender, body mass index and age) explained 27.8% of the variability; the second (composed by traditional factors + SNPs information) increased the prediction value by 4%; while the third model (composed by traditional factors + methylation information) increased the value by 7%. The last model, composed by the traditional, genetic and epigenetic information, increased TG prediction value by 7.5%, relative to the first model.

In conclusion, CGI methylation in exon 3 of APOA5 acts in combination with -1131T>C, S19W and 724C>G polymorphisms in the individual’s predisposition to high circulating levels. This serves as an example that combined analysis of SNPs and methylation applied to a larger set of genes would improve our understanding of predisposition to HTG as well as other diseases. 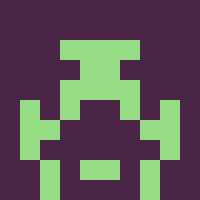