The field of epigenetics plays a key role in multiple developmental diseases and processes. When dealing with infertility issues, DNA methylation should be looked at as a potential factor. Approximately 1% of infertile couples experience Recurrent Spontaneous Abortion (RSA), defined as the miscarriage of two or more pregnancies before 20 weeks of gestation. Limited studies have indicated that abnormal epigenetic profile of sperm may affect embryo development and pregnancy loss. In recent infertility studies, methylenetetrahydrofolate reductase (MTHFR) has been investigated as a key enzyme involved in impaired spermatogenesis in infertile men. MTHFR activity is part of the methyl cycle as it maintains the bioavailability of the endogenous methyl substrate for DNA, RNA, and proteins. In a recent report published by Rotondo et al., the authors looked to correlate the DNA methylation status of the MTHFR gene promoter from sperm DNA with the frequency of RSA.

In this study, 20 RSA men, 147 infertile men with no RSA history (NRSA), and 20 fertile men were recruited. Semen samples were collected, characterized for morphology and motility, and later extracted for sperm DNA. Samples were subjected to bisulfite conversion, followed by methylation-specific PCR and DNA sequencing at the promoter region. 18 CpG islands within the MTHFR gene promoter were interrogated, showing three different patterns: methylated, un-methylated, and mixed un-methylated/methylated epigenotype. Results revealed that 75% of RSA men exhibited methylated and mixed methylated profile at the MTHFR gene promoter, followed by 54% of NRSA men and 15% of fertile men.  Upon further analysis, the majority of RSA men (55%) had a fully methylated MTHFR promoter, compared to fertile men (0%). No correlation was found between MTHFR promoter hypermethylation and abnormal semen characteristics between RSA and NRSA men, demonstrating that MTHFR promoter hypermethylation may occur independently from abnormal semen morphology and motility phenotypes.

Overall, the authors suggest that RSA men have decreased MTHFR levels due to epigenetic silencing at the promoter region for this gene, which may result in a limited pool of methyl groups available for the epigenetic processes that are important for normal development. This can cause a global decrease in DNA methylation levels and aberrant genomic imprinting of paternal genes, resulting in pregnancy loss. The authors’ analysis of sperm DNA methylation in the MTHFR promoter from RSA couples have shed light on a potential novel biomarker and prognostic tool for in vitro fertilization and pre-implantation genetic diagnostics. In future directions, the timing of MTHFR methylation still needs to be investigated.  For example, does it occur in adult germinal stem cells, or during the haploid germ cell differentiation? 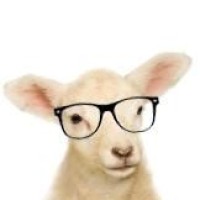