Estrogen, Memory, & Aging: DNA methylation of the ERα promoter contributes to transcriptional differences in age across the hippocampus

Estradiol (E2) influences a number of processes that are important for maintaining healthy brain function, including memory. The ability of E2 to protect the brain and enhance or maintain memory function depends on the interaction of E2 with different estrogen receptors.1 In particular, the expression of estrogen receptor alpha (ERα) has been linked to synaptic plasticity, inflammation, and neuroprotection.2-5 Thus, it may be important that expression of ERα in the hippocampus, a brain region critical for memory, differs across hippocampal sub-regions, with greater expression in region CA3 relative to region CA1. Moreover, ERα expression varies as a result of E2 treatment/deprivation, which may contribute to a gradual loss of E2’s beneficial effects following menopause/estropause.6,7 Thus, an understanding of the molecular mechanisms that regulate the expression of ERα is important and in a recent report,8 Thomas Foster and colleagues investigated the hypothesis that differences in ERα mRNA (Esr1 gene) expression within the hippocampus could be associated with DNA methylation within the ERα promoter.

Epigenetic regulation of transcription through DNA methylation provides a possible mechanism for regulating brain gene expression during neurodegeneration or aging, and may be linked to cognitive processes. This study included young (3 months) and aged (18 months) female F344 rats. Esr1 expression in CA1 and CA3 regions was examined at two time points following ovariectomy to deplete circulating levels of E2, a short-term period of 3 weeks and a long-term period of 14 weeks. The mRNA levels were quantified by reverse transcription quantitative polymerase chain reaction (RT-qPCR) and DNA methylation of the 17 CpG sites of the exon 1b of the ERα promoter region was accessed by bisulfite conversion followed by cloning and Sanger sequencing.

The current report8 confirmed that Esr1 expression is elevated in region CA3 relative to CA1. While considerable variability of the ERα promoter methylation was observed across the 17 CpG sites, methylation of site 1 was increased relative to all other downstream sites. Furthermore, site 1 methylation was elevated in region CA1 relative to CA3. This result is consistent with the idea that promoter methylation decreases transcription and indicates that site 1 may exert a powerful control on transcription that underlies marked differences in Esr1 expression across brain regions or in different cell types.

In contrast to differences across regions, differential expression of Esr1 within each region was associated with variability in methylation at the more distal region of the promoter. In both CA1 and CA3 regions, an increase in mRNA was observed with extended E2 deprivation due to long-term ovariectomy or aging. An analysis of DNA methylation indicated differential methylation of downstream CpG sites 11-17, indicating that distal sites are modifiable across the life span. These modifiable sites may act as part of a compensatory feedback mechanism associated with E2 deprivation and a loss of ERα activity.9

In summary, the report adds to a growing body of research linking DNA methylation with differences of transcription during aging. Questions remain concerning the mechanisms regulating DNA methylation and the exact process through which methylation regulates transcription. However, the findings open the possibility that an epigenetic-based therapeutic approach could reverse or delay aging and age-related neurodegenerative diseases. 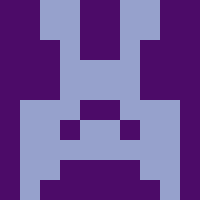