Cancer research is perhaps the poster child for the importance of integrating epigenetic analyses into a disease model. As research in the epigenetics of cancer continues to grow, relationships between myriad epigenetic regulators can become quite clear. In a recent study by Pier Paolo Pandolfi and colleagues, epigenetic players including microRNAs (miRNAs), chromatin-modifying enzymes, and methylated DNA were connected in new ways that yield important insights into molecular mechanisms behind a disease, as well as new potential therapeutic avenues.

miR-22 is a miRNA that has long been implicated in several tumorigenic mechanisms, including regulation of PTEN and estrogen receptor α (ERα). In recent years, there has been some degree of academic discord over the precise characterization of miR-22: Some reports implicate it as a suppressor of tumorigenesis, while others find that it promotes tumor growth and metastasis. Still another possibility is that its role varies per cancer type. Pandolfi’s team examined its role in the breast cancer model. The authors ectopically overexpressed miR-22 in breast epithelial cell lines, and were surprised to note striking changes in both cell morphology and motility when compared to non-transduced cells. Additionally, the cells overexpressing miR-22 were found to have upregulation of key mesenchymal-type cell markers as well as downregulation of several epithelial-type cell markers: Together, this constitutes an enhancement of the epithelial-mesenchymal transition (EMT), generally accepted as a governing mechanism for metastasis and invasiveness in breast cancer. To further confirm these findings, the authors prepared a xenograft model, wherein normally non-metastatic cells were transduced to overexpress miR-22, then implanted into mammary fat pads in mice. The team was surprised to find that within only a few weeks, mice that were implanted with the modified cells demonstrated invasive metastases in normal adjacent tissue as well as within lung tissue. Mice implanted with unmodified cells showed no such invasive tumor growth.

In order to further understand these effects, the team examined factors including Zeb1, Zeb2, and Bmi1, which are known to regulate the EMT, and observed upregulation – that is, an increase in these factors consistent with promotion of invasiveness and metastasis. These factors are known to be suppressed by another miRNA – miR-200 – which the authors chose to examine in the context of DNA methylation. Via methylation-specific PCR (MSP), the team found consistent hypermethylation of the miR-200 promoter in cells overexpressing miR-22. When the cells were treated with the DNA methyltransferase inhibitor 5-aza-2’-deoxycytidine, the normal expression and methylation of miR-200 was restored with concurrent downregulation of the factors promoting EMT and metastasis. With this finding, the authors speculated that miR-22 plays a role in regulating active DNA demethylation. With recent work pinpointing depletion of 5-hydroxymethylcytosine (5hmC) as a hallmark of cancer, Pandolfi and colleagues elected to investigate its levels within the same miR-200 promoter and found pronounced depletion of 5hmC in miR-22 overexpressing cells, further indicating the reduction in active demethylation.

Finally, to connect the remaining dots between 5mC elevation and 5hmC depletion, the authors investigated the potential targets of miR-22 in silico and found that the TET family of proteins, responsible for conversion of 5mC to 5hmC, were likely targets for degradation. Probing via qPCR and immunoblotting confirmed profound depletion of TET1, 2, and 3 in miR-22-overexpressing cells and a transgenic mouse for miR-22 overexpression. The authors examined the global distribution of 5hmC in the genome of miR-22 overexpression cells and mice via immunoblotting and immunofluorescence, and observed genome-wide depletion of the 5hmC mark when compared with non-overexpressing cell lines or littermates. Interestingly, metastatic and invasive qualities of the overexpression models were mitigated by treatments with either exogenous TET supplementation or a so-called ‘miR-22 sponge’ designed to deplete miR-22. These findings together constitute a pathway wherein miR-22 overexpression leads to strong downregulation of the TET enzymes, which allows for promoter hypermethylation in miR-200 and subsequent repression, finally yielding upregulation of key EMT factors that promote invasiveness and metastasis.

This study represents a tremendous step in the direction of a more unified epigenetic landscape. More importantly, the authors provide a detailed picture of a molecular mechanism that plays a large role in the aggressive nature of breast cancer. As the roles of both miRNAs and 5hmC in the epigenome become more clear, it is likely that more therapeutic avenues will evolve to exploit these links. 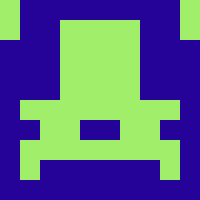 Adam grew up in Pittsburgh, PA and went to college in Chicago. Since moving to California he has spent most of his time trying to convince people how awesome it is to have fries and slaw in sandwiches and developing assays for genome-wide DNA hydroxymethylation analysis.