Lasting impressions: an epigenetic imprint of past viral infection

Epstein-Barr virus (EBV) is a prevalent human herpesvirus affecting over 90% of the adult population worldwide. Most individuals harbor EBV asymptomatically as lifelong infections. However, in rare cases, EBV is associated with epithelial and B cell malignancies. The viral life cycle is dependent on host epigenetic machinery to regulate viral gene expression programs that ensure viral persistence and spread. Infection with EBV can lead to epigenetic changes in the host cell as well. Several EBV proteins interact with host epigenetic machinery, such as the latent membrane proteins ability to induce the activity of the DNA methyltransferases (DMNT) [1-3]. The consequences of which can best be seen in EBV-associated malignancies with the CpG island methylator phenotype (CIMP) [4, 5]. CIMP is where CpG islands upstream of tumor suppressors are hypermethylated and this phenotype has a strong correlation with EBV. Whether EBV directs the DNA methylation changes, or if the epigenetic changes are due to the carcinogenic process are still being defined.

To observe EBV-dependent epigenetic changes in epithelial cells, our lab infected immortalized normal oral keratinocytes (NOKs) with EBV for several passages and then allowed infected cells to naturally lose the virus (transient infection). If EBV induced epigenetic changes, these epigenetic alterations would be retained in clones that lost EBV. EBV infected NOKs showed a delay in differentiation in response to calcium and methylcellulose, two well established methods of inducing keratinocyte differentiation. Importantly, this phenotype was maintained in EBV-negative transiently infected cells, suggestive of epigenetic alterations. Given that EBV can modulate the DNMTs, we used reduced representation bisulfite sequencing to map the methylation status of CpG residues genome wide. The methylation state of 7 to 8 million unique CpG residues was mapped. Further analysis revealed over 13,000 differentially methylated CpGs that were common in cells exposed to EBV compared to uninfected parental controls. Of particular interest was the increase in methylation at CpG islands associated with 27 genes in cells exposed to EBV compared to uninfected controls, a phenomenon reminiscent of the CIMP phenotype seen in vivo in EBV-associated carcinomas.

In conclusion, our observations suggest that EBV infection of epithelial cells results in epigenetic changes to the host genome that have long lasting phenotypic consequences even after loss of the virus, and define a potential mechanism for viral “hit-and-run” oncogenesis.

The Impact of Environment on Mental Health - the Epigenetics of Bulimia 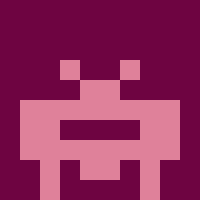