The Epigenetics of Immunodeficiency

An increasing number of genetically complex diseases have been demonstrated to also have epigenetic determinants. Epigenetic alterations can be the result of various factors, including external influences and the activity of susceptibility gene variant products. Despite the recognition of non-genetic determinants in the pathogenesis of primary immunodeficiencies, to date little progress has been made in this direction. Common variable immunodeficiency (CVID), the most common primary immunodeficiency, is characterized by low levels of serum immunoglobulins (or antibodies) and increased susceptibility to infections. Most patients with CVID are diagnosed initially after suffering recurrent bacterial infections that mainly affect the respiratory and gastrointestinal tracts. When lung infections are severe and occur repeatedly, they can cause permanent damage to the bronchi and become chronically affected.

Although CVID is usually detected in patients with no family history of immunodeficiency, for a significant number of CVID patients, first-degree relatives may have selective deficiency in some immunoglobulin types. This suggests the participation of both heritable and non-heritable contributions. To date, the exact causes of CVID are not known. Geneticists have described mutations in several genes related to the biology of lymphocytes in patients with CVID. However, for several patients there are no identified mutations and it is thought that other mechanisms also determine the onset of the disease. In fact, the existence of genetically identical twins discordant for CVID strongly support the notion of environmental contributions to this disease.

In a recent study by our team, the comparison of the DNA methylation patterns in B lymphocytes of a pair of identical twins, discordant for CVID, allowed us to identify the alterations in the CVID sibling that are not present in the healthy one. In particular, we observed higher DNA methylation levels for many genes in the CVID twin. This initial analysis served to identify a group of genes important for proper functioning of B lymphocytes which were more methylated in the CVID twin. We then investigated the DNA methylation and expression levels of these genes in a cohort of individuals with CVID, and compared with a series of healthy individuals. In this case, we performed the analysis in B cells at different stages of maturation and found that patients with CVID have partially lost the ability of demethylating those genes during the process of generating mature lymphocytes. These results indicate that CVID patients not only produce less memory B cells (the mature form which produces antibodies) but these cells are altered and have not properly matured.

The results of this study not only represent the first evidence of such epigenetic alterations in the field of primary immunodeficiencies but also open up possibilities of using these epigenetic markers for the diagnosis and treatment of CVID patients. 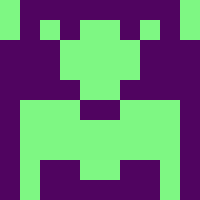