Epigenetics explain the benefits of exercise on health

A new research published in Epigenetics explains how exercise affects gene methylation. The environment (diet, pollution, lifestyle …) may influence gene methylation and affect the expression of genes. But what about epigenetics and exercise? Everyone should exercise regularly to stay healthy but until now it wasn’t clear how this could affect gene expression.

In this study, Swedish researchers from the Karolinska Institute (Stockholm) recruited 23 young and healthy men and women. They asked them to make exercise on a bike but only with one leg; the second one was used as a control. The volunteers had to bicycle at a moderate pace for 45 minutes, 4 times a week for 3 months. Muscle biopsies were performed before and after training.

Not surprisingly, physical changes occurred in the trained leg, but there were also changes in the gene methylation of the muscle cells. Over 5,000 sites had new methylation patterns with more or less methyl groups. These changes were not found in the other leg. Many changes took place in “enhancers” regions of the genome that are used to enhance the expression of genes. Gene expression was modified in thousands of genes, many of which play a role in energy metabolism, insulin response and inflammation in the muscles.

In conclusion, exercise affected the methylation of genes, making some more and some less active: this is how we can explain its beneficial effect on health.

Of Mice and Men: The Evolution of Cis-Regulatory Elements 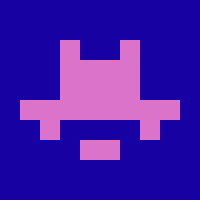