According to a study conducted by the CDC in 2009, 1 in 12 Americans has asthma. This marks a 1% increase in affected population since 2001. Asthma is a complex disease involving multiple pathways, causing symptoms such as wheezing, chest tightness, shortness of breath, and coughing. In different patients these symptoms range from mild to severe. Research suggests the disease has many underlying causes – notably genetic and epigenetic factors which may influence the expression and severity of the disease.

Between 2007 and 2010, eight genome-wide association studies identified a total of 10 genes associated with asthma related symptoms. However, these genetic factors were found to have a low attributable risk of disease and researchers are now exploring other avenues of pathogenesis. Some promise may lie in researching the effects of environmental exposure to inflammatory agents or stressors — which may modify the underlying expression of certain genes. These epigenetic factors may act in concert with genetic predispositions, like those found in the studies mentioned above, to play a role in the risk, expression, and severity of asthma.

A recent study by Wysocki et al. examined the genome-wide epigenetic profiles of 10 individuals (6 with severe asthma, and 4 healthy controls). Focusing on DNA methylation, the authors used data generated from Illumina Infinium HumanMethylation27 Bead Chip platform, to interrogate 27,578 sites associated with DNA methylation (CpG sites). Using this approach, they were able to examine upwards of 14,500 regions associated with regulation of protein expression. To control for test validity, a technical replicate was performed on each sample. No significant statistical differences were identified between duplicates, indicating high reproducibility and accuracy of the experiment. Although global methylation values between controls and those with severe asthma showed no significant differences, three genes (FAM181A, ZNF718, and MRII) did show significant change in DNA methylation. To account for the similar global methylation profiles found in the study, the authors suggested healthy controls may have DNA methylation near genes that promote asthma — effectively silencing them — while conversely, asthma patients may have methylation near genes necessary for healthy airway function. While the asthma and control groups may have different methylation profiles at specific sites, when compared globally the two values were relatively similar.

Of the three genes identified to be differentially methylated, two (FAM181A and ZNF718), have been reported by previous studies to be upregulated in individuals with asthma. FAM181A is a protein found in the liver and blood, however it’s function is largely unclear. ZNF718 is a zinc finger protein involved in transcription regulation. For the time being, their mechanism of action and how their increase might lead to asthma symptoms is largely unknown. The third gene, MRII, promotes cell invasion in response to cancer cells. It is important to note that it has not previously been shown to be associated with asthma, and may present an interesting avenue for future exploration.

Although these three genes may prove to the valuable avenues of research,the study’s conclusions on the epigenetic pathogenesis of asthma were limited. The analysis lacked representation of mild or moderate asthma groups, and sample sizes were too small to provide powerful statistical information or insight. Given this information, further testing with more individuals, with a range of severity, must be done to validate the epigenetic findings of this experiment.

Understanding the underlying pathologies behind asthma will provide powerful insight into future treatment and medication for those who are impacted by the disease. Early research has shown that epigenetics will play an important role in understanding the disease. While that role is still unclear, the contributions of Wysocki et al. have paved the way for future investigation by validating the methods and tools necessary to move forward. 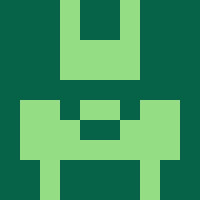