Epigenetics is a booming, but highly complex and rapidly evolving field. Apart from the well-studied regulatory mechanisms involving DNA and histone modifications, and non-coding RNAs, there are the more recent additions of RNA methylation and editing, and reports of epigenetic regulation of the mitochondrial DNA. Epigenetic regulation can be influenced by environmental factors, but may also be maintained over long-lasting, even transgenerational, periods. Therefore, it has been proposed as a key candidate mechanism underlying many healthy and pathological processes that cannot be fully explained by genetics or simple environmental exposures. In addition, epigenetics may explain how the dysregulation of a single or a few factors, such as a protein, can have widespread effects on cellular homeostasis. Illustrative findings of where epigenetics is providing novel insights in neuroscience have emerged in the research fields of aging and age-related neurodegenerative diseases, such as Alzheimer’s disease (AD), Parkinson’s disease (PD), and Huntington’s disease (HD).

It is well-known that epigenetic processes play a crucial role in orchestrating complex developmental processes. During aging, epigenetic profiles continue to undergo widespread changes and some of these changes appear to be integral to the aging process. Some of these alterations however, can be counteracted and may be related to extending the life span of many animal species, such as is the case with caloric restriction. Apart from DNA modifications, histone modifications are widely affected during aging, and the behavior of microRNAs is known to be highly variable with aging.

As the normal aging brain undergoes extensive epigenetic shifts, it is not surprising that age-related neurodegenerative diseases involve widespread epigenetic dysregulation. Indeed, cumulating evidence on AD, PD and HD points towards epigenetic alterations all across the regulatory spectrum, including DNA and histone modifications, and non-coding RNAs. While current evidence suggests that each neurodegenerative disorder is associated with a specific set of dysregulated epigenetic markers, it also appears that AD and PD both involve disturbed DNA methylation, and that AD, PD, and HD all involve some form of histone hypoacetylation.

It is clear that epigenetic research is offering novel insights into the pathogenesis of complex diseases such as AD, PD, and HD. Consequently, novel pathways may open up new avenues for therapeutic strategies based on epigenetic mechanisms. Think of folate and vitamin B12 supplementation to restore imbalances in DNA methylation, histone deacetylase inhibitors to combat declining histone acetylation levels, and artificial non-coding RNA constructs to block the translation of detrimental proteins. Additionally, disease-specific alterations of epigenetic markers can be utilized to construct candidate tools for powerful diagnostics.

The immense complexity and popularity of epigenetics has, however, resulted in many different methodologies and often conflicting results. Therefore, there is a great need for standardized study designs and analysis protocols, and methodological studies that clarify how different experimental procedures may affect epigenetic readouts. Nevertheless, epigenetics is a highly exciting field with many intricate puzzles that will challenge scientists for many years to come. 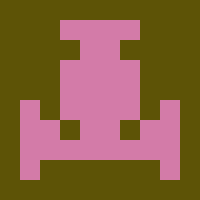