Aside from tumorigenic cells, which have been the primary research target in the past decades, breast and other tumors contain various other cell populations (immune cells, fibroblasts, adipocytes, endothelial cells), which are referred to as the tumor microenvironment (TME). The TME is an active component of breast cancer disease and contributes to tumor development and therapy resistance, thus affecting and predicting clinical outcomes. Different TME cell types, especially cancer-associated immune cells, have been associated with differential prognostic and predictive values. The characterization of the TME in terms of cell identities and cell numbers has therefore generated a great deal of interest. However, this undertaking presents many challenges due to the great heterogeneity and low abundance of the TME components.Most methods currently used for this purpose (microscopic or flow cell counting of stained (H&E, immunohistochemistry) or fluorescent-labeled cells) are either limited in accuracy and reproducibility or application. Molecular markers have been proposed as an alternative and gene-expression-based signatures that correlate with tumor immune cell infiltrates and predict for clinical outcome have been developed. However, it is questionable whether gene-expression markers truly reflect the TME components in an adequate manner, as the relationship between the number of cells and mRNA copies is not necessarily linear. Proteins may for example be translated as a consequence of an initial burst of mRNA transcription during cellular development, after which significant mRNA degradation is possible [1]. DNA methylation on the other hand, may reflect cell identities in a more accurate manner since the relationship between the number of DNA molecules and the number of cells is of a more linear nature.

DNA methylation has in fact been proposed as a molecular marker for TME characterization and cell typing within tumors. A study by Dedeurwaerder and Desmedt et al. [2] demonstrated that differences captured through massive DNA methylation profiling in over 100 breast cancers do not only originate from tumor cells but also from cells in the microenvironment of the tumor, such as tumor-infiltrating lymphocytes. That comes to no surprise given that DNA methylation plays a critical role in cell lineage specification. Several DNA methylation markers for the quantification of tumor immune cell infiltrates have been discovered and their improved specificity over other markers has already been demonstrated. DNA methylation of FOXP3 for example, allows for the distinction of T lymphocyte subpopulations such as regulatory T cells from other types of T lymphocytes. These subpopulations are difficult to distinguish by other methods (gene expression or immunohistochemistry) because they express the same surface markers [3, 4]. The power of DNA methylation as a tool for cell typing has further been underpinned by the development of DNA methylation signatures that allow for the simultaneous quantification of different immune cell populations in blood. The development of similar signatures for tumors would be of immense value as the balance between immune cell subtypes within the TME is key to the overall prognostic effect.

Epigenetics explain the benefits of exercise on health

The Epigenetics of Stroke 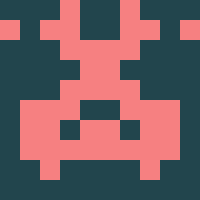