Influenza is the virus that causes the flu, and can result in serious, sometimes fatal infections.  Influenza virus is easily transmitted within a population raising concerns of it causing an epidemic, or worse, a pandemic.  In recent years, the highly pathogenic H5N1 and H1N1 viruses have caused thousands of deaths and have negatively impacted economies around the world.

Recently, Fang et al. (2012) published their findings on the role of lambda 1-interferon (IFN-λ1), cyclooxygenase-2 (COX2) and epigenetic changes in host antiviral defense.  COX2 is involved in the biosynthesis of prostaglandins, a lipid derived paracrine hormone that can mediate inflammation and other immune responses.  IFN-λ1 is a proinflammatory cytokine produced in response to many viral infections.  Using RT-PCR, siRNA assays, and ChIP assays, the authors found that IFN-λ1 and COX2-derived prostaglandin E2 (PGE2) are elevated in influenza infected patients compared to healthy patients. They found that COX2 increased IFN-λ1 expression by activating the distal NF-κB cluster enhancer, which is an important nuclear factor involved in modulating healthy immune responses.  The authors also determined that epigenetic changes increased COX2 expression and PGE2 accumulation after viral infections.  They discovered that DNA methyltransferase 3a (DNMT3a) and DNMT3b, but not DNMT1, are down regulated after influenza infections.  The suppression of DNMT3a/3b triggers the demethylation of the CREB binding site in the COX2 promoter.  The authors suggest that the down regulation of DNMT3a/3b is mediated by a microRNA, miR29, which is expressed 10-fold higher in influenza infected patients and 50-fold higher in virally infected A549 human lung cells. These results suggest that epigenetic regulation of COX2 and the subsequent synthesis of IFN-λ1 are a critical part of host antiviral defense.

This paper highlights the importance of epigenetics in understanding the interaction between host immune response and viral infection.  With the current advancements in the field of epigenetics, it will be enlightening to revisit host and infectious agent interactions at the molecular level. How do you think epigenetics will contribute to the understanding of disease and transmission? Do you think epigenetic changes can influence viral replication, virulence or pathogenicity? 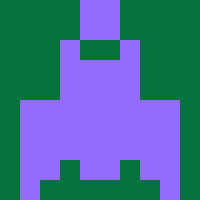