Maternal effects can lead to important changes in the long-term phenotype of their offspring. These changes are often associated to a stressful prenatal or early postnatal environment that lead offspring to display altered physical defenses (increased egg size in a fish species 1) or increased stress reactivity. The transmission of information about a stressful prenatal environment from a mother to her offspring is therefore thought to be highly relevant in optimally preparing the offspring for the environment they will face later in life2. This form of early life ‘programming’, mediated prenatally through the maternal physiology or postnatally via changes in maternal behavior, can have impacts on the offspring phenotype that persist throughout the lifespan. Accumulating evidence indicates that these effects are mediated in part by epigenetic changes through DNA methylation of stress axis related genes such as the glucocorticoid receptor3. In turn, these changes lead to prolonged and elevated levels of stress hormones.

We were interested in examining the long-term impacts of a prenatal stressor that is psychogenic, mild and ecologically relevant. In prey animals such as rodents, predator odor does not require learning to be alarming and yet does not cause physical discomfort. Animals exposed to predator odor in adulthood show a wide range of impacts, including a long-term increase in anxiety behaviors, increased levels of circulating stress hormones and altered transcript abundance of stress-related genes. A number of laboratory experiments using physical stress in the mother have found long-term impacts in offspring on stress-related behavior and neural circuitry. The long-term impacts and mechanism of transmission of maternal exposure to predator odor on offspring phenotypes are still mostly unknown.

To study the impact of prenatal predator odor exposure on adult mice offspring, we exposed pregnant dams to randomized predator odor daily over the second half of the pregnancy, when the hypothalamic-pituitary adrenal (HPA) axis is developing. Controls were exposed to distilled water. Adult mice offspring whose mothers were exposed to predator odor during pregnancy stayed further away and showed decreased locomotor activity when faced with a predator odor as adults. These behaviors can be associated to antipredatory behaviors that minimize detection from predators. The behaviors occurred in conjunction with increased corticosterone stress hormone levels after predator odor exposure that correlated with the corticotrophin releasing hormone receptor 1 (CRHR1) expression in the amygdala. Furthermore, in the hippocampus of females the expression of brain-derived neurotrophic factor (BDNF) correlated positively with decreased BDNF exon IV methylation at a specific CpG site.It is possible that these sex-specific differences play an adaptive role in stressful situations and could lead to differential risks for behaviors linked to psychopathology in humans, including an increased risk for behaviors linked to affective disorders among females4. 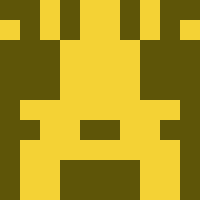