The elusive nature of the early stages of Alzheimer’s disease (AD) impedes scientific breakthroughs in diagnostics or efficient therapeutics for this devastating disorder. To date, the long-prevailing theories of genetic contribution do not adequately explain the pathogenesis of the disease and, alternatively, epigenetic regulation has been proposed as a key candidate mechanism. Epigenetic modifications induce heritable and reversible changes in gene expression, independent of changes to the underlying DNA sequence. By doing so, they account for cellular development and differentiation through transient imprinting of environmental, behavioral and social effects on gene expression. The umbrella term, epigenetic modifications, includes mechanisms like DNA modifications, chromatin remodeling and non-coding RNA regulation.

The increasing interest in the role of epigenetic regulation has induced major advancements in genomic technology, which in turn have helped overcome numerous hurdles that were faced in the early years of neuroepigenetic studies. While one can only stand in awe by the fast pacing progress in epigenomic technology in the past decade, the lack of breakthrough discoveries on whether epigenetic modifications are markers or makers of AD suggests that there is a chasm between the temporal and spatial causality of AD pathogenesis; simply put: “Are we looking in the correct place at the right time?”

It is inconclusive whether the hippocampus is the center of the pathological cascade of AD and an increasing body of research urges for a refocus towards the brain stem. Disturbances in mood, emotion, appetite, as well as respiratory and circadian rhythm complaints are some of the symptoms of AD that appear before or along with memory deterioration. All these non-cognitive symptoms share one common characteristic: they all stem from the brain stem and, more specifically, the raphe nuclei and the locus coeruleus. Strikingly, these nuclei are affected by AD pathology, particularly tangles, in very early, preclinical stages, before being visible in any other brain region, suggesting that the brain stem might be one of the primitively affected structures by AD. The vulnerability of these nuclei to environmental stimuli, (e.g. stress) and epigenetic control further support the need for a thorough investigation of epigenetic dysfunction in the brain stem in the earlier stages of AD.

Exciting times lie ahead. The pairing of brain stem pathology with deviant epigenetic regulation, indicative of the early stages of AD pathology, could serve as an optimal substrate to study the etiopathogenesis of AD and more importantly to revolutionize our approach towards the two imperative societal needs: the development of an effective treatment and the identification of biomarkers that are reliable, noninvasive and inexpensive. 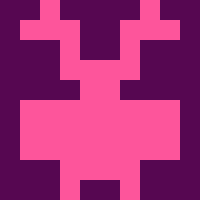