Substance abuse disorders are psychiatric disorders illnesses that impact patients severely in several biopsychosocial spheres. The criteria for the diagnosis of amphetamine and methamphetamine use disorders  include compulsive abuse of these substances despite adverse medicolegal consequences. Research on the basic neurobiology of these human disorders has focused on the use of rodent models in an attempt to dissect epigenetic mechanisms that may be responsible for the long-term consequences of these drugs1. These animal models include (a) acute or chronic administration of drugs by investigators; (b) conditioned place preference, an experimental paradigm in which animals learn to identify the area of a box where they are injected with a rewarding drug; (c) self-administration experiments during which the animals to learn to press a lever for administration of a rewarding drug. In the case of amphetamine and methamphetamine, the majority of investigators have focused on the potential role of histone acetyltransferases (HATs) and histone deacetylases (HDACs) in causing the longterm behavioral manifestations of addiction. For example, one of the most studied HATs, CREB binding protein (CBP)2, appears to be involved in both the acute and the chronic effects of amphetamine-like drugs. Several HDACs3 that include HDAC1, HDAC2, HADC3, HDAC4, and HDAC5,  have also been identified as playing important roles in the epigenetic events that result from various modes of drug administration.

My laboratory has also shown that chronic administration of methamphetamine can cause increased expression of DNA methyltransferase (DNMT1), an enzyme that regulates DNA methylation. Together, these results indicate that methamphetamine abuse may impact several epigenetic enzymes in the brain.  More recently, my laboratory has also begun to use rat models of methamphetamine self-administration that includes negative consequences of pressing levers to obtain the drug4. These modifications in the model of drug self-administration promise to better identify epigenetic changes that might be more directly pertinent to the longterm perpetuation of addiction. One of the issues involves the high rate recidivism in humans treated with various therapeutic agents. Our studies promise to clarify specific epigenetic cascades that might be druggable using novel therapeutic hypothesis-based pharmacological agents. 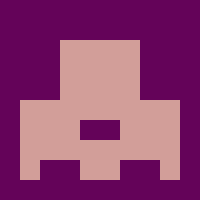