Atherosclerosis is an inflammatory disease of the arterial walls, and is the major cause of heart attack and stroke. Atherosclerosis is localized to curves and branches in the vasculature where disturbed blood flow (d-flow) is able to alter gene expression and induce endothelial cell (EC) dysfunction. Our lab’s work focuses on the mechanism by which these gene expression changes occur. We utilize in vivo mouse models of d-flow-induced atherosclerosis that we have developed to determine how blood flow affects vascular biology and disease.2,3

Epigenetics control aberrant gene expression in many diseases. However, whether d-flow affects global epigenetic DNA methylation that results in a downstream effect on gene expression, and ultimately vascular biology and disease, had not been previously studied. In our recent paper in the Journal of Clinical Investigation, we show that d-flow regulates genome-wide DNA methylation patterns in a DNA methyltransferase (DNMT)-dependent manner. D-flow induced DNMT1 expression in mouse arterial endothelium both in vivo and in vitro. Supporting the hypothesis, that d-flow-induced changes in DNA methylation are mediated through changes in DNMT1 expression, we demonstrated that both the DNMT inhibitor 5-Aza-2’deoxycytidine (5Aza) and DNMT1 siRNA significantly reduce d-flow-induced endothelial inflammation. Moreover, 5Aza treatment reduced lesion formation in two in vivo mouse models of atherosclerosis, including the acute d-flow-induced model, as well as the chronic diet-induced model.1

To identify 5Aza’s mechanism of action, we conducted two genome-wide studies: reduced representation bisulfite sequencing (RRBS) and a microarray using endothelial-enriched genomic DNA and RNA, respectively, from the partially-ligated left carotid artery (exposed to d-flow) and the right contralateral control artery of mice treated with 5Aza or vehicle. Systems biological analyses using the DNA methylome and transcriptome data revealed 11 mechanosensitive genes whose promoters were hypermethylated under d-flow conditions, but rescued by 5Aza treatment1. Of those, the two transcription factors HoxA5 and Klf3 contain cAMP-response-elements (CRE), and their methylation status could serve as a mechanosensitive master switch in gene expression. We additionally found that on the global scale, CRE are specifically hypermethylated at non-promoter CpG sites, but when localized in the promoter, CRE are specifically demethylated as compared to non-CRE promoter CpG sites1. Further, d-flow caused hypermethylation of promoter, but not genome-wide, CREs. This interesting finding suggests the importance of CRE in the global regulation of endothelial gene expression and vascular biology.

In our study, we demonstrate for the first time that blood flow epigenetically controls endothelial cell gene expression by regulating genome-wide DNA methylation patterns in a DNMT-dependent manner. This altered endothelial gene expression then may induce atherosclerosis. This novel mechanism has broad implications for understanding the mechanisms of atherosclerosis and identifying potential therapeutic targets for further study. 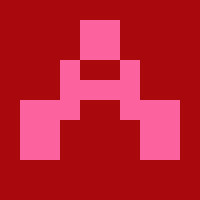