Smoking and alcohol consumption are leading preventable causes of morbidity and mortality in the United States and around the world. While the use of these substances have been consistently linked to diseases such as cardiovascular disease and cancer, they are often cryptic in psychiatric disorders. Therefore, understanding the effects of smoking and drinking on key psychiatric disorder genes is important for several reasons. Firstly, it may better our understanding of the underlying biology of psychiatric disorders and secondly, it will establish if substance use is possibly confounding findings in studies of psychiatric disorders. The confounding aspect is especially important, because, if present, it is capable of either masking crucial associations or leading to unreliable results.

A number of studies on DNA methylation have demonstrated the significant effects of smoking and alcohol consumption on genome-wide DNA methylation. Specifically, nearly a dozen studies have shown that smoking is associated with changes in DNA methylation at the cg05575921 locus located in intron 3 of the aryl hydrocarbon receptor repressor (AHRR) gene1  and more recently, alcohol consumption with the cg23193759 locus located on chromosome 10 open reading frame 35 (C10orf35).2  These loci demethylate with increasing substance use and serve as objective biomarkers capable of quantifying use. The role of these loci as biomarkers is important because, as previous studies have demonstrated, controlling for the exact extent of substance use can be a challenge due to unreliable self-report measures by research subjects.3

In psychiatric disorders, one of the key systems that are dysregulated is the stress system known as the hypothalamic pituitary adrenal (HPA) axis. The dysregulation of the HPA axis has been observed in bipolar disorder and depression.4,5  Studies have suggested that in the presence of stress, the DNA methylation at two key HPA axis genes, FK506 binding protein 5 (FKBP5) and glucocorticoid receptor (NR3C1), are affected.6-9  FKBP5 is a regulator of NR3C1.

Genome-wide DNA methylation was profiled using the Illumina (San Diego, CA) Infinium HumanMethylation450 BeadChip. In this array, there were 41 and 34 CpG sites mapping to the NR3C1 and FKBP5 genes, respectively. Analyses were conducted in three independent cohorts, FACHS, Hannum and AlcMeth, consisting of 180, 656 and 64 individuals, respectively. To better understand the effects of smoking and alcohol consumption on the HPA axis, the first analysis involved regressing the average methylation of all loci within each gene against the methylation of each substance use biomarker. Subsequently, to understand if the effects may be specific to regions within the gene, a linear regression model was fitted for each of the 75 loci. For smoking, in each model, the methylation of an HPA axis locus was fitted against the methylation at cg05575921. The p-value of every model was corrected for multiple comparisons. This was repeated for alcohol consumption with the methylation at cg23193759.

In conclusion, our study demonstrates the broad effects of alcohol consumption and smoking on DNA methylation of two key HPA axis genes. Prominent effects were observed at the FKBP5 gene, suggesting the need to control for substance use in epigenetic studies of complex disorders. 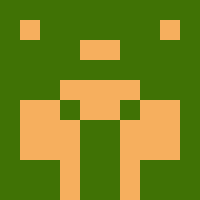