There is not a lot of knowledge about the enzymes that influence the molecular pathways underlying the normal aging process. A recent publication in Nature Neuroscience showed that the DNA methyltransferase Dnmt3a2 is critically involved in age-associated cognitive decline in mice. Oliveira et al.  found that up regulating Dnmt3a2 can restore cognitive function. To investigate a possible causal link between DNA hypomethylation and aging-related cognitive decline, the researchers from the Interdisciplinary Centre for Neuroscience (IZN) in Heidelberg Germany, compared the levels of DNMT expression in aged and young adult mice. They found that the levels of Dnmt3a1 and Dnmt3a2 transcripts were reduced in the hippocampus and cortex of aged mice.

The scientists reasoned that increasing the levels of Dnmt3a2 in the hippocampus of aged mice may restore their cognitive ability. Therefore, they selectively manipulated the levels of Dnmt3a2 in the dorsal hippocampus of cognitively impaired aged mice. Oliveira et al.  found that overexpression of Dnmt3a2 in the hippocampus of aged mice induced a significant increase in the global DNA methylation levels. They measured long-term memory impairments in aged mice in two hippocampus-dependent tasks (object-location memory and trace fear conditioning). In the object-location memory test, the scientists trained a mouse with objects located in an open field arena and then scored the mouse’s exploration of an object moved to a new location. The object-location memory test showed that old mice that overexpressed Dnmt3a2 were able to identify the changes in an object’s spatial location with greater frequency compared to the control animals. For the trace conditioning procedure, they exposed a mouse to a conditioned stimulus (a tone) followed by an unconditioned stimulus (foot shock). Freezing after hearing the tone was an indicator that the mice remembered that a foot shock will follow. They found that if Dnmt3a2 was overexpressed in aged mice for 24 h, they could observe after 24 h a significantly longer freezing in the trace fear conditioning test compared to the control group. Interestingly, if they repressed the Dnmt3a2 expression in young mice by shRNA-mediated knockdown, the mice froze with fear much less often than the untreated young mice after re-exposure to the tone.

Due to the fact that these effects were observed after 24 h and not 1 h after training the authors conclude that overexpression of Dnmt2a has an impact on the long-term memory formation but not to the short term memory.

Epigenetics is clearly involved in aging and memory, how do you think epigenetics regulatory mechanism change over time? 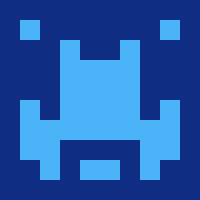