5-methylcytosine (5-mC) and 5-hydroxymethycytosine (5-hmC) are two major epigenetic modifications of DNA.  Dynamic changes in 5-mC and 5-hmC levels are tightly regulated and impact neural cell development, differentiation, and other biological functions. Deregulation of 5-mC and 5-hmC has also been implicated in various human diseases. However, whether 5-mC and 5-hmC are involved in aging-related neurodegenerative diseases, such as Alzheimer’s disease (AD) are still unknown. Recent studies are starting to reveal a possible link between DNA methylation and AD.

A group of researchers (Chouliaras, et. al., 2013) recently found a global decrease in 5-mC and 5-hmC levels in the hippocampus of AD brains, which is the region of the brain associated with memory. 5-mC and 5-hmC levels in the hippocampus of postmortem AD patient brains were assessed using a quantitative immunohistochemistry method and were compared to those in non-AD, age-matched controls.  A robust decrease in levels of both 5-mC and 5-hmC was observed in both glial and neuronal cells in the hippocampal regions of AD patients. Most interesting is that both the levels of 5-mC and 5-hmC are negatively correlated with an AD disease marker, the amyloid plaque, in the hippocampus. Similarly, in brains samples from monozygotic twins discordant for Alzheimer’s disease, significantly reduced levels of 5-mC and 5-hmC were observed in hippocampus of the AD twin, compared to the non-AD sibling. These results are consistent with the data from a previous study by Mastroeni and colleagues (Mastroeni, et. al., 2009), which showed a decrease of 5-mC levels in the neocortex, a region of the brain involved in cognitive function, in the AD twin from the same twin pair. Since monozygotic twins have the same genetic background but different environment exposures, the data on discordant monozygotic twins strengthen the role of gene-environment interactions and epigenetics in AD. Together, these findings suggested that AD is associated with global changes of DNA methylation and hydroxymethylation levels in brain regions that are most affected in AD.

It remains to be answered whether the aberrant 5-mC and 5-hmC changes are loci- and tissue- specific. Also important is the question whether these epigenetic changes are the cause or the consequence of AD. Further studies using new methods such as next generation sequencing and that include more AD patient samples will help answer these questions. These studies will eventually help us better understand the pathogenesis of AD and provide new targets for developing therapeutics to prevent, or even reverse, the cause of dementia in AD. What are your thoughts on the growing link between the environment, epigenetics, and Alzheimer’s disease? 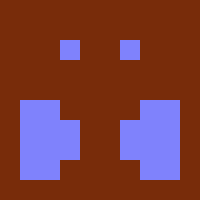