Many scientists are hopeful that studying aberrant epigenetic patterns will help us find promising biomarkers for early diagnosis and prognosis of carcinogenesis.  Among such markers, there has recently been heightened interest in 5-hydroxymethylcytosine (5-hmC), which is an enzymatically-modified form of 5-methylcytosine (5-mC).  A group of researchers in Europe investigated changes in 5-mC as well as 5-hmC patterns in control and phenobarbital (PB)-treated mice in search for potential biomarkers for the early progression of liver tumorigenesis. Phenobarbital has historically been used to treat convulsions and seizures, but is also known to be a carcinogen in some model systems, such as the mouse model for liver cancer used by the researchers in this report.

First, Thompson and his colleagues looked at the distribution of 5-mC and 5-hmC in the livers of young non-treated mice (30-33 days old).  As expected, they observed that both 5-mC and 5-hmC patterns were well-conserved and consistent in the livers of these mice.  The authors expanded their study by looking at the methylation and hydroxymethylation changes in different stages of liver maturation (from ~30 to 90 days).  Interestingly, as the liver matured, there was an observable global change in both 5-mC and 5-hmC patterns, suggesting epigenetic regulation of this process.  Furthermore, the 5-hmC patterns in the young mice livers differed enough to distinguish them from the mature livers, indicating that 5-hmC may be used as an identifier of the different developmental stages of tissue and cells.

In addition to investigating the 5-hmC patterns during liver maturation in the normal control mice, the authors also evaluated the DNA hydroxymethylome during both short- and long-term phenobarbital exposures. The phenobarbital was used to induce non-genotoxic carcinogenesis in the mouse liver. Following short-term PB exposure, the researchers observed changes to the 5-hmC profiles that were reproducible between all individual mice in the study. Long-term PB exposure led to even greater epigenetic changes and resulted in identification of higher numbers of differentially methylated and hydroxymethylated regions. Once more, these changes in the 5-hmC patterns were sufficient to separate the normal liver from the PB-treated liver.

The authors next investigated a number of genes that were transcriptionally up-regulated after the exposure to phenobarbital and sought to understand the link between the expression of these genes and the epigenetic changes in their promoter regions.  They found that 5-hmC levels were elevated while 5-mC levels were reduced over the promoter proximal regions of the induced genes. After combining the results from both epigenomic analysis and gene expression studies, the authors were able to identify candidate genes such as Meg3, Ndrg1, Cxcr7, Prom1 and Wisp1, which may serve as biomarkers for the progression of non-genotoxic liver tumor growth.

The role of 5-hmC as an intermediate product in the demethylation pathway is well-known, but as the authors have shown in this report, there are also unknown roles that this epigenetic modification has on cellular differentiation and transformation.  A deeper understanding of 5-hmC will help better identify biomarkers for the cellular state and progression of various diseases.

Somatic Cells Turned Pluripotent by Acid Treatment – Major Breakthrough, Or Too Good To Be True? 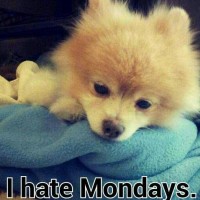 Angela received her B.S. in Biological Sciences from the University of California, Riverside and her M.S. in Biology from the California State University, Fullerton. She enjoys trying exotic food, cooking, jogging, and playing with her Pomeranian.