The brilliant golden powder of turmeric is best known as the main spice in curry, but has also been widely used for many years in Eastern traditional medicines as an anti-inflammatory agent.  Turmeric has been used as an alleviator for arthritis, stomach pain, and cancer, among many other health issues. The healing properties of turmeric are attributed to curcumin, a polyphenol that is naturally derived from an underground portion of the turmeric plant. While hundreds of studies have examined curcumin as an anticancer and chemopreventive compound, only recently have research groups investigated the effect of curcumin on epigenetic processes. Data in a paper published earlier this year suggest that curcumin influences DNA methylation patterns in a certain subset of genes within colorectal cancer (CRC) cells, and that these changes frequently correspond with changes in gene expression.

The three human CRC cell lines – HCT116, RKO, and HT29 – used in this study were chosen for their representation of distinct types of human colon cancers: HCT116 is a cancer cell line that contains a mutation in the mismatch repair gene MLH1, RKO is a cancer cell line associated with MLH1 promoter hypermethylation, and the cell line HT29 contains mutations in the KRAS- and p53 genes.  The CRC cell lines were treated with curcumin for both short-term (6 days) and long-term (240 days) durations, and the effects on DNA methylation were analyzed using a genome-wide DNA methylation array. Comparison of the methylation changes of 27,000 loci in the short- and long-term treatments relative to each other and to the methylation status in the untreated cell lines revealed that while both short- and long-term treatments induced changes in DNA methylation status, the long-term treatments produced more pronounced changes. However, treatment with curcumin did not result in global, non-specific methylation changes, even after 240 days. Curcumin treatment was instead associated with gene- and cell line-specific changes and alterations were biased to heterogeneously methylated CpG sites, rather than fully methylated sites or sites that were not methylated at all. The observed changes included both increases and decreases in the levels of DNA methylation. These results, coupled with gene expression microarray data and Ingenuity Pathway Analyses, suggest that curcumin treatment induced changes in the expression and DNA methylation patterns of genes involved in major biological processes, such as tumor morphology and cell signaling.

The use of curcumin as an epigenetic therapeutic drug to treat cancer would be advantageous relative to other types of drugs because it would eliminate the cancer cell population not by cell death, but by modifying epigenetic markers and reversal of the cancer-associated effects. Long-term treatment with curcumin shows potential through the stabilization of methylation changes in cultured cells, but studies still need to be conducted to access the efficacy of the compound as well as any possible side-effects in vivo.

To read about another dietary polyphenol that has been shown to regulate epigenetic processes in cancer cells (and for a tasty cupcake recipe!), click here.

About the image:  The image on this post shows the molecular structure of curcumin wielding a sword to fight cancer cells. The image was drawn into turmeric powder, which contains curcumin, that was spread out on a lab bench. Design and drawing by Karolyn G.

Chop It While It’s Hot! An Enzyme-Free Alternative to Hydroxymethylated DNA Detection 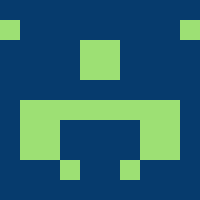