Investigation into the mechanisms of pluripotency in stem cells and their potential applications is ongoing.  It is of utmost importance that these cells be propagated stably, both for the consistency of data within the scientific community and then also for potential clinical applications.  How do culture conditions impact methylation and what role does this have in cell differentiation?  Are epigenetic patterns maintained during passages and changes in the culture environment?

Tompkins et al sought to elucidate the effects of changing culture conditions on the DNA methylation patterns in human embryonic stem cells (hESCs).  Using HES-2 hESCs grown on murine embryonic fibroblast (MEF)/DMEM F12 with knockout serum replacement (MEF/DF12), their group adapted the cells to either Matrigel/mTesR1 (Mat/mTR) or CELLstart/STEMPRO (CS/SP).  Once the cells had been passaged several times on Mat/mTR or CS/SP, they were reverse adapted back to MEF/DF12.  Methylation profiles were investigated after the initial adaptation, after prolonged adaptation, and finally after the reverse adaptation using a methylated CpG island recovery assay (MIRA) followed by hybridization on tiling microarrays.  Transcription levels were assayed using NimbleGen 12 x 135k expression arrays.

A number of regions that became differentially methylated (DMRs) were identified when compared to the initial cells, almost entirely in the form of increased methylation.  The changes that occurred initially were found to remain essentially stable through additional passages of the cells.  When the cells were reverse adapted back to the original culture conditions, it was found that the majority of the identified DMRs reverted back to their initial methylation state.  Several DMRs, however, were found not to revert, interestingly these were in genes that have been implicated in tumorigenesis, development, and G-protein coupled signaling pathways.  Transcription profiles were altered by the change in culture environment, as expected, with genes being both up and down regulated.  Similar to methylation levels, reverse adaptation showed both reversible and irreversible alterations, though many of the irreversible changes seem to have occurred in cell adhesion pathways.  Ultimately the researchers conclude that growth of hESCs using differing media conditions may lead to unintended widespread epigenetic changes.

How is DNA Methylation Maintained in ESCs and Differentiated Cells? 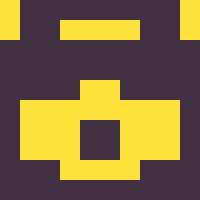 Seth grew up in California, but prefers the mountains to the beaches. When he is not focusing on developing novel tools for investigating DNA methylation, he likes to spend time fishing and working with his honeybee hives.