Diet and lifestyle can contribute to cancer development by inducing both epigenetic and genetic changes. These changes, in combination with an individuals’ original genetic make-up, can result in the disruption of key cellular processes leading to abnormal growth.1 Phytochemicals are chemical compounds that occur naturally in plants. Dietary phytochemicals have been reported to demonstrate many interesting biological activities, including induction of epigenetic changes and cancer prevention.  In our recent review (Shankar et al. 2016), we summarize data demonstrating epigenetic modifications elicited by dietary phytochemicals, and investigate the role of these agents in promoting health and reducing risk of various human cancers. In particular, the review aims to summarize the progress made thus far in cancer chemoprevention with dietary phytochemicals, the heightened interest in such agents, and challenges that the field may face in the future.

We have recently demonstrated that green tea polyphenols (GTP) and their major constituent, epigallocatechic-3-gallate (EGCG) can induce re-expression of glutathione-S-transferase pi (GSTP1), a gene that is epigenetically silenced during cancer progression and whose signature is observed in human prostate cancer LNCaP cells.2 Investigation of  the mechanism responsible for the anticancer action of GTP and EGCG, showed that these promising compounds are able to modulate epigenetic mechanisms at various levels including DNA methylation, histone modification, and transcription factor binding.

In human prostate cancer cells, green tea polyphenols (GTP) and epigallocatechic-3-gallate (EGCG) inhibit DNMT1 expression and activity. GTP is able to reactivate GSTP1 expression by first demethylating the GSTP1 promoter. Next, GTP downregulates methyl-CpG-binding domain (MBD) protein and RNA. Downreguation of MBD2, leading to a subsequent loss of binding at the GSTP1 promoter, allows the Sp1 transcription factor to bind and initiate transcription of the GSTP1 gene. Additionally, GTP exposure has been shown to increase H3K9AC, H3K19AC, and H4AC marks. In human prostate cancer cells, GTP is able to inhibit class I HDACs, leading to cell cycle arrest and apoptosis through increased proteasomal degradation.3 Inhibition of class I HDACs also increases p53 transcriptional activity, which inhibits the expression of other pro-metastatic genes throughout the genome.4 On a larger, genomic scale, GTP also helps to maintain genomic integrity by regulating LINE1 expression.

Subsequent findings from our group also shed light on the role of GTP/EGCG in delaying breast cancer progression through epigenetic mechanisms.5 Phytochemical/ epigenetic studies have also focused on the plant flavone apigenin. Our studies demonstrate that apigenin accumulates in the nuclear matrix, where it binds to nucleic acid bases and inhibits DNA methylation by preferentially binding with methylated cytosine residues.6 In particular, we have shown that apigenin inhibits class I histone deacetylases (HDAC)-1 and -3 and remodels chromatin to induce growth arrest and apoptosis both in cell culture and in vivo models of prostate cancer.7

Don’t forget all that dad has done for you.. and your epigenome.. this father’s day! 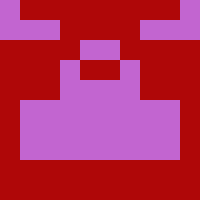