Myotonic dystrophy type 1 (DM1, Steinert’s disease, OMIM 160900) is the most common form of adult-onset muscular dystrophy in humans, characterized by myotonia (prolonged muscle contractions), muscle weakness, cataract, cardiac disease, gastrointestinal abnormalities, and central nervous system dysfunction.1 The clinical spectrum of DM1 patients is highly variable including congenital and childhood onset cases with the most severe phenotype characterized mainly by cognitive impairment, the adult-onset where the core features are facial weakness, myotonia and distal muscle weakness, and the late-onset or oligosymptomatic patients where only limited features are found.1

The molecular defect underlying DM1 consists of an abnormal expansion of the cytosine-thymine-guanine (CTG) triplet in the 3’ untranslated region (UTR) of the DMPK located on chromosome 19q13.2-q13.3.2 DMPK alleles up to 37 CTG repeats are considered normal. Individuals with CTG expansions in the pre-mutation range (from 38 to 49 repeats) have not been reported to have symptoms, but their children are at increased risk of inheriting a larger repeat size and thus having symptoms. Conversely, individuals with greater than 50 CTG repeats are almost invariably symptomatic.1  A role for epigenetic alterations in DM1 has also been proposed, either as a mechanism to explain intergenerational or somatic repeat instability or as an explanation for the altered expression of the DMPK transcript itself and of adjacent genes, but available data are very limited and controversial.6

The RNA transcribed from the expanded CTG repeat region forms intranucleoplasmic hairpin loops (foci) due to the extensive hydrogen bonding between C-G base pairs, and interferes with RNA-binding proteins, leading to decreased functional levels of muscleblind-like proteins (MBNLs) which are sequestered in the foci, and also increasing the steady-state levels of CELF1 (CUGBP1 and ETR-3-like factor)3 (Fig. 1A). The main consequence of this toxic RNA function in DM1 tissues is a widespread splicing mysregulation of multiple genes (“spliceopathy”) (Fig. 1A) in which embryonic isoforms are expressed in adult muscle, heart and brain with potential serious and life-threatening manifestations.4 In addition to “spliceopathy,” RNA toxicity in DM1 may trigger different pathogenic mechanisms including dysregulation of transcription and microRNAs metabolism, defects in protein translation/turnover and activation of cellular stress and apoptotic pathways.5

Fig.1. (A) Schematic representation of disease-related mechanisms of CUG-expansions in DM1. (B) Methylation distribution in DM1.

In the past decade the DM1 locus has been assumed to contains a “pure” CTG repeat. Recently, three independent studies documented that “variant” DM1 expanded alleles, containing unstable CCG/CTC/CGG sequence interruptions in the CTG array (3-5% of cases).7-9 The “variant” repeats in the DM1 locus are strongly clustered at the 3’-end of the array revealing considerable polarity in the generation and/or maintenance of variant repeats. The introduction of multiple CUG, CCG and CGG sequences into the expanded array might change the methylation status of the region up and/or down of the repeat modulating chromatin structure the nucleosome assembly and therefore affecting the transcription levels and stability of the repeats.

In general, repeat interruptions lead to a stabilizing effect because of their ability to disrupt the formation of unusual DNA structures formed by “pure” repetitive sequences. No data are available regarding their in cis effects on the epigenetic changes occurring at the DM1 locus. We designed this study in order to 1) assess the methylation status upstream and downstream of the unstable CTG tract at DM1 locus, in leukocytes DNA of 66 DM1 patients including both uninterrupted and patients carrying variant expansions with CCG/CTC/CGG interruptions at the 3’-end of the expanded CTG array. 2) Verify if any association exists between methylation status at DM1 locus in leukocytes and specific clinical and molecular disease features. 3) Evaluate the effects of methylation on DMPK and SIX5 gene expression in leukocytes.

We used methylation sensitive–high resolution melting (MS-HRM) technique, a novel approach based on the comparison of the melting profile of sequences that differ in base composition.10 In fact, the PCR product originating from the methylated allele has a different sequence constitution (GC content) from the PCR product derived from unmethylated variant of the same locus. As a consequence, both products have distinct melting temperature and melting proﬁles.10 Our results showed that in DM1 uninterrupted alleles, hypermethylation occurs only in the upstream region of the CTG repeat, and this modification was present in patients with larger CTG expansion (>1000), earlier age at onset (< 18years) and in congenital DM1 (Fig. 1B). We found hypermethylation in all congenital DM1, in about half of childhood onset DM1 patients but only in six out of thirty-seven adult onset DM1 patients. The association of hypermethylation with congenital or childhood onset forms, both of which share predominant cognitive manifestations, would suggest that this epigenetic modification might affect by still unknown mechanisms, the expression of genes regulating brain development or synaptic plasticity. In “variants” DM1 patients with CCG/CTC/CGG interruptions, hypermethylation showed an opposite pattern compared to uninterrupted expanded alleles, occurring exclusively in the downstream region of the CTG array (Fig. 1B). Since CAG repeats but not CGG repeats can stall the methyltransferase DNMT1, CGG/CTC/CCG repetitions interspersed into the CTG array of the “variant” DM1 alleles might interfere with insulation against CpG methylation spreading to downstream regions exerted by the pure CTG stretch. Alternatively, different CCG, CTC and CGG sequence interruptions within the CTG array might inﬂuence the methylation levels of variant expanded DM1 alleles possibly affecting their higher DNA structure.

The expanded repeat therefore demarcates an upstream boundary of methylation, which could have a functional involvement in the transcriptional regulation of the entire 19q13.2-q13.3 region, including SIX5 (gene downstream of DMPK locus) and the DMPK itself. In our study, SIX5 was even upregulated and DMPK was reduced in all DM1 patients, but these changes were independent from the methylation status of the DM1 allele.

In conclusion, age at onset, expansion size and presence of CCG/CTC/CGG sequence interruptions in the expanded CTG array are independently associated to hypermethylation at the DMPK locus in DM1. A better understanding of the precise cascade of processes induced by expanded trinucleotide repeats (TNRs) could provide therapeutic targets to alleviate disease progression and limit further TNR expansion. 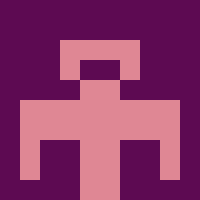