A Consistent Signature of Histone Deacetylation in Huntington’s Disease?

Huntington’s disease (HD) is a fatal neurodegenerative disorder that affects 5 to 10 people per 100,000 inhabitants. Despite the identification of the primary cause of the disease 20 years ago (an aberrant expansion of trinucleotide CAG repeats in the exon 1 of the huntingtin gene), there is still no effective therapy.

A promising venue was conceived in the early 2000s after the observation of deficiencies in histone acetylation levels in several HD models, supported by the beneficial effects of HDAC inhibitors (HDACi) treatments presumably by restoring this pathological hypoacetylation. Acetylation of histone tails is thought to relax the chromatin and to facilitate the access of transcription factors, cofactors and the basal transcriptional machinery to DNA for transcription activation. Therefore, the deficits in this posttranscriptional modification have been postulated as a possible cause for the prominent transcriptional dysregulation observed in HD, an early event with potential high relevance in the pathology. However, the finding of a global reduction in histone acetylation levels in these early reports has been controversial: while some studies have confirmed the observation of changes in bulk chromatin, others have been unable to detect such perturbations.

In this study, we concluded that reduced bulk histone acetylation is not a common and prominent feature associated with HD pathology after an exhaustive analysis in diverse animal and cellular models of HD. Instead, we found that the examination of histone H3 acetylation profiles at the transcription start sites (TSSs) of specific genes were more informative for the identification of important candidate genes in both disease and therapy. Indeed, our work provided good examples of specific alterations in potentially relevant genes for neuronal malfunctioning, such as Rin1 and Plk5, and pinpointed the existence of hot spots for epigenetic dysregulation in HD in which different forms of epigenetic deregulation, such as histone H3 deacetylation and demethylation at lysine 4, concur. Furthermore, in an attempt to link histone deacetylation patterns with a transcriptional signature conserved across HD models, we identified a group of genes that show defective acetylation of TSS-associated histones but were only transcriptionally altered in specific brain areas, mouse models or stage of the disease, indicating that epigenetic dysregulation must converge with additional but still unknown factors to produce effective transcriptional alterations.

Recent genome-wide studies indicate that the relationship between epigenetic and transcriptional dysregulation in neuropathology is more complex than first anticipated. In this context, our study provides further insight into the nature and extent of epigenetic dysregulation in HD that will help to define the molecular mechanisms and genuine targets of epigenetic-based ameliorative strategies.

A Mechanism of Cancer Heterogeneity Originated from Epigenetics and Microevironments 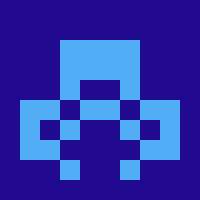