Chromatin remodelers are famous for their ability to mobilize nucleosomes and modify DNA structures. However, mutations in chromatin remodelers are being frequently cited for their implications in cancers and are now almost as notorious as p53 (Shain and Pollack, 2013), with perhaps more sinister activities. This includes mutations amongst members of the SWI/SNF nucleosome remodeling complex, such as SMARCA4 (BRG1), SMARCA2 (BRM) and ARID1A, to point a few fingers. They have yet to be subject to a full trial, but early evidence indicates that the effects of these mutations are dire: deliberate removal of SMARCA4 is known to be embryonic lethal, for instance. ARID1A is not off the hook either, with targeted deletion proven to cause heart development defects and cardiac abnormalities (Lei et al., 2012).

Surprisingly, the SWI/SNF family remains much a functional mystery in diseases such as cancer. Perhaps this is due to their “it’s complicated” status, with diverse and sometimes contradictory roles depending on whom from their friend list they’re interacting with at the time. This only makes chromatin remodelers more intriguing. There is increasing interest in understanding exactly how these complexes function and what happens when they contain deleterious mutations.

Front and center, the epigenomic consequences, due to damaged chromatin modifiers, remains to be detailed thoroughly. While the prime suspect may be all too obvious, the scope for change goes beyond that of aberrant nucleosome positions. A recent review by Skulte et al., describes the potential for mutant forms of chromatin remodeling complexes to disrupt the epigenetic landscape, which extends to histone modifications and DNA methylation. Of course, there are effects on transcription factor functions to consider and ultimately, how best to treat patients whose cancers contain chromatin remodeler mutations. The use of epigenetic therapies is the obvious and appealing option. However, as it stands, a cancer presenting with SWI/SNF mutations is all talk – and we have no mute button. Yet. 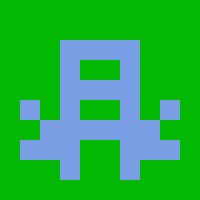