Epigenetic regulation is thought to be one of the most important mechanisms contributing to the development and clinical course of chronic immunological diseases like allergies and asthma. DNA methylation has been extensively studied in this context, which has not been a case of histone modifications such as histone acetylation or methylation.

Early epigenetic studies from our lab conducted in mouse models demonstrated a role for histone acetylation in mediating bacteria-induced protection against asthma.1 Subsequently, apart from the continuation of animal investigations, we also launched human studies. The need of reproducible, quick, and cost-effective methods that allow the analysis of multiple human samples from larger cohorts, led us to the establishment of our own, in-house chromatin immunoprecipitation (ChIP) assay2 that utilizes a relatively low input of cells. Although it was originally optimized for CD4+ T-cells, other types of cells can be also studied with small modifications to the protocol.2

Our method has been successfully applied in several human studies to analyze the involvement of histone H3 and H4 pan-acetylation at the control regions of important immune genes in the pathogenesis of allergic disorders. CD4+ (T-helper) cells are a type of T-cells that play important roles in adaptive immunity. T-helper 1 cells (Th1) protect the body from intracellular bacteria – they trigger macrophages to phagocytose invading bacteria. T-helper 2 cells (Th2) protect from extracellular parasites and trigger eosinophils, basophils, and mast cells to illicit an “allergic” response.

Prenatal exposures to dietary factors can affect the development of the fetus including its immune system, which is thought to be mediated mostly by epigenetic mechanisms. For example, longitudinal observations demonstrate that maternal serum folate levels are able to modulate the risk of allergic disease in children.3 Very high levels of maternal serum folate in turn associated with increased H3/H4 acetylation at promoter regions of important Th2 genes (especially GATA3 and IL9) in cord blood CD4+ T-cells, while H4 acetylation at the Th1 gene IFNG showed an opposite tendency.5 Likewise, maternal fish oil (ω-3 fatty acids) supplementation was shown to confer favorable health outcomes in the offspring,4 most probably through its effects on fetal immune system maturation,5 which in turn seemed to be mediated, at least partly, by changes in histone acetylation at promoters of several essential T-cell loci such as PRKCZ (important for T-cell maturation), IL13 (Th2 gene involved in allergic inflammation), and TBX21 (Th1 gene).5 In addition, patterns of histone acetylation can differ between allergic and non-allergic individuals. For instance, a study comparing healthy and asthmatic children demonstrated H3 and H4 histone pan-acetylation at promoter of Interleukin 13 (IL13) to be comparatively increased in peripheral blood CD4+ T-cells obtained from asthmatics. A similar tendency was observed for FOXP3 (involved in immune response) H3 histone.6 Further human and mouse studies are ongoing.

These and other recent investigations 7 demonstrate that in addition to DNA methylation, histone modifications also play an important role in the pathogenesis of allergic disorders.8-10 Further studies are needed, including epigenome-wide studies in larger cohorts.10 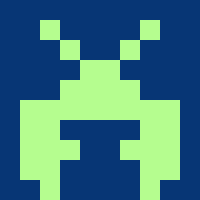