Over the past couple of years, extensive efforts have been made to elucidate the 5-methylcytosine demethylation pathway. Two distinctly different families of enzymes were implicated as the most likely candidates.  The TET (ten-eleven translocation) family of α-ketoglutarate-dependent deoxygenases consists of enzymes which iteratively oxidize 5-methylcytosine to 5-carboxylcytosine, and represents one of the demethylation pathway candidates.  The other candidate enzymes, which are investigated in this report are activation-induced deaminases (AID) and apolipoprotein B mRNA-editing, enzyme catalytic polypeptide-like (APOBEC) proteins. AID/APOBEC-family cytosine deaminases have been subject to much investigation regarding their epigenetic role with respect to the demethylation of cytosine.

Nabel et al. explored the biochemical possibility of deamination-dependent demethylation by means of a uracil DNA glycosylase (UDG) coupled assay for the in vitro experiments and LC-MS/MS for in vivo experiments.  In their in vitro experiments, it was found that deamination of 5-methylcytosine was significantly reduced compared to unmodified cytosine, and deamination of 5-hydroxymethylcytosine was undetectable using the UDG coupled assay suggesting that modified cytosines are not substrates for the AID/APOBEC enzymes.  Furthermore, using several 5’-modified cytosine as substrates (H, F, OH, CH3, Br, I, CH2OH), it was determined that the deaminase activity was inversely proportional to the size of the substituent. Overexpression of TET and each respective AID/APOBEC enzyme in vivo provided no detectable quantities of 5-hmU, but higher quantities of the oxidized products, directly agreeing with the in vitro data.

These results suggest that the AID/APOBECs structure has evolved such that they preferentially recognize and deaminate unmodified cytosine residues. In addition to sensitivity to modified cytosines, these enzymes are highly sequence specific and are specific for single stranded DNA. Taking these factors into account, the authors concluded that deamination followed by the base excision repair (BER) pathway is an unlikely mechanism for DNA demethylation in mammals.  They suggest future focus be assigned to further understanding the TET-catalyzed iterative oxidation pathway, which multiple publications also support as the mechanism involved in DNA demethylation.

Discovery of the first chemical inhibitor of histone demethylation 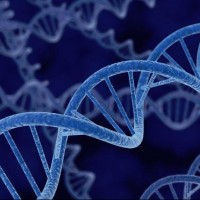