Activated protein C (aPC) is a serine protease that is lost during diabetes. Previously it has been shown that aPC protects against diabetic nephropathy (dNP)1, a progressive kidney disease caused by damage to the capillaries.  aPC’s cytoprotective effect in diabetic nephropathy may be related to its in vitro ability to downregulate reactive oxygen species (ROS) and maintain mitochondrial membrane potential in glucose-stressed cells. However, the cellular targets, through which aPC regulates mitochondrial function, are unknown. P66shc is a mitochondrial protein that regulates ROS levels and since mice lacking p66shc are protected from nephropathy we hypothesized that aPC’s cytoprotective effect may be mechanistically linked to p66shc.

p66Shc has been linked not only to diabetic nephropathy, but also to various other conditions, such as other glomerulopathies, cardiomyopathy, ischemia/reperfusion injury, neurodegenerative diseases and in vitro models of intestinal cell dysfunction (7-10). Likewise, aPC has evolved as a panacea, ameliorating a broad array of experimental diseases, including experimental cardiac or renal ischemia reperfusion injury, neurodegenerative diseases, inflammatory bowel disease and diabetic glomerulopathy (1,2,11). The functional role of both p66Shc and aPC in various partially overlapping disease models suggests that the mechanistic interaction described here between the extracellular, cytoprotective protease aPC and the intracellular redox-regulator p66Shc may be of broader relevance.

In our most recent study, Bock et al., we identified a novel mechanism underlying the cytoprotective effects of aPC. We identified p66Shc as an intracellular target of aPC in both an experimental model of diabetic nephropathy as well as in glucose-stressed podocytes (cells in the kidney involved in filtering blood).2 We found that aPC epigenetically suppressed glucose-induced p66Shc expression by enhancing histone methylation and diminishing acetylation at the p66Shc promoter. The suppression of glucose-induced p66Shc expression was paralleled by an aPC-mediated reduction of glucose-induced mitochondrial p66Shc translocation and ROS generation.2 In vivo, genetic p66Shc deficiency corrects for aPC deficiency.2 Conversely, increasing histone H3 acetylation with sodium butyrate treatment abolishes the nephroprotective and p66Shc-suppressive effects of exogenously administered aPC. This work demonstrates that the serine protease aPC ameliorates diabetic nephropathy by epigenetically constraining expression of the redox-enzyme p66Shc.2

Epigenetic control of gene-expression may explain the profound effects of intermittently administered exogenous aPC in various animal models despite its half-life of only approximately 25 minutes.3, 4 aPC suppressed expression of p66Shc at concentrations as low as 2 nM, which is approximately 100-fold lower than the concentrations of aPC previously employed to study the antioxidant effects of aPC (10 μg/ml; approx. 200 nM).4 A previous study by Yamaji et al. suggested that aPC exerts a direct antioxidant effect,5 which was detectable at these high concentrations. However, we propose that aPC at much lower concentrations conveys an indirect antioxidant effect by epigenetically suppressing the expression of p66Shc. Whether the regulation of the redox-sensitive transcription factors NF-kB and SP-1 by aPC depends on its effect on p66Shc remains to be evaluated in future studies.

A recent study by Paneni et al.6 demonstrated that epigenetically sustained p66Shc expression mediates hyperglycemic memory in glucose-stressed endothelial cells and experimental models of diabetes mellitus, the most common form of diabetes. Considering the effect of aPC on the epigenetic regulation of p66Shc in podocytes and non-glomerular endothelial cells, we speculate that aPC signaling may modify hyperglycemic memory in diabetes mellitus. These observations, together with the current findings, imply the existence of a self-regulatory feed-forward mechanism, which may be disrupted in diseases like diabetes mellitus. Glucose-induced histone hypomethylation and hyperacetylation of the p66Shc promoter, resulting in increased p66Shc expression,6 may disrupt this protective feed-forward system, leading to inhibition of aPC and initiation of a self-propagating cycle of diabetic vascular complications. Fortunately, the observed effects of exogenously administered aPC indicate that this protective feed-forward pathway may be restored by therapeutic interventions. However, potential side effects of aPC treatment can be very serious (e.g. hemorrhage). Considering this, novel therapeutic approaches that specifically  mimic the nephroprotective mechanisms of aPC need to be identified in future studies. 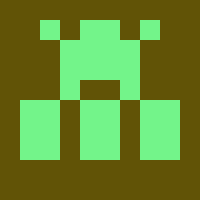